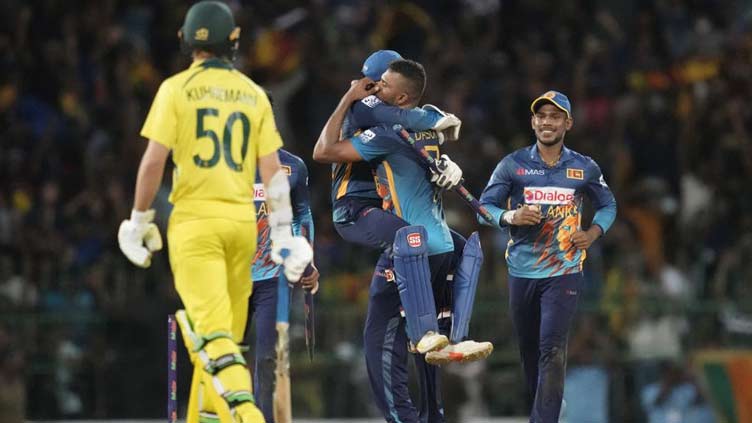 COLOMBO (AP) — Australia failed at the final ball of the fourth one-day international on Tuesday with Sri Lanka winning by four runs and taking an insurmountable 3-1 lead in the series.

No. 10 batter Matthew Kuhnemann needed to score five runs for Australia to beat Sri Lanka outright and stay alive in the five-match series but was caught against a delivery from Dasun Shanaka at Colombo’s R. Premadasa Stadium.

Sri Lanka had not beaten Australia in an ODI series since 2010. That series win came in Australia.

Australia won the toss and made a bold call to bowl first. The gamble almost paid off.

With the series at stake, the five-time world champions brought in the experienced Pat Cummins in place of Jhye Richardson. There was no Mitchell Starc though. The left-arm quick hasn’t played any game since hurting his finger earlier in the series.

The fifth ODI is on Friday.