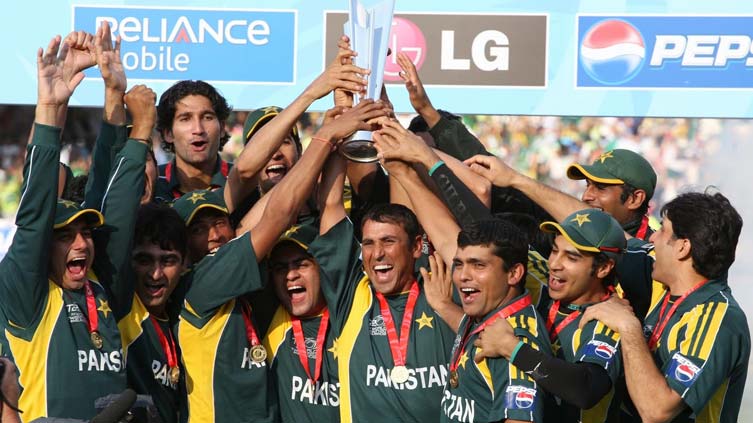 Pakistan won the match by eight wickets and with eight balls to spare.

In the final played at the Lord’s Cricket Ground, Sri Lanka won the toss and opted to bat first.

Sri Lanka got off to a bad start as the side lost its first four wickets with just 32 runs on the board.

Tillakaratne Dilshan (0), Jehan Mubarak (0), Sanath Jayasuriya (17), and Mahela Jayawardena (1) all failed to leave a mark with bat in hand.

Kumar Sangakkara then steadied the ship for Sri Lanka and he ended up playing an unbeaten knock of 64 runs to take the side s total to 138/6 in the allotted twenty overs.

Chasing 139, Pakistan openers Kamran Akmal and Shahzaib Hasan provided a steady start to Pakistan as they put up an opening stand of 48 runs.

Sri Lanka was not able to recover and in the end Shahid Afridi and Shoaib Malik guided Pakistan to their first T20 World Cup title win.

Pakistan won the match by eight wickets and with eight balls to spare.

Afridi and Malik remained unbeaten on 54 and 24 respectively.

A wicket and an unbeaten fifty in the biggest game of the tournament, Afridi was named the Player of the Match in the T20 World Cup final, leading Pakistan to a title.

It is pertinent to mention here that Pakistan current skipper Babar Azam has expressed his wish to get Pakistan two trophies of T20 Wolrd Cup in his captaincy.