Babar to be greatest white-ball cricketer of all time: Ian Bishop 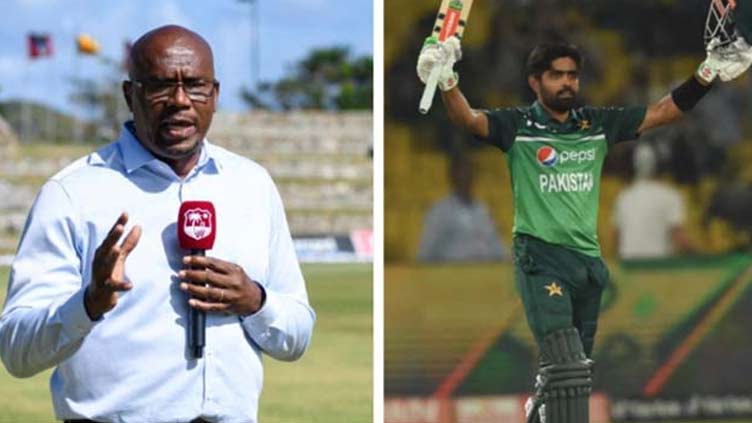 Babar to be greatest white-ball cricketer of all time: Ian Bishop

Babar to be greatest white-ball cricketer of all time

“Babar Azam is on the road to greatness. And I want to be clear when I say on the road to it in white-ball cricket at least and certainly 50-overs cricket,” Bishop said while talking to Cricwick as quoted by propakistani.pk.

Since dethroning Virat Kohli, Babar has been the number one batter in ODI cricket, and he is also the only player in the top four across all formats.

The former pacer went on to say that he sees Babar as one of the greatest cricketers of the future and hopes that he would improve his red-ball skills because he is technically and temperamentally a superb player.

“So in future, I am hoping that in Test cricket he will be mentioned in the same breath as the top 3 or 4 guys but as a white-ball player and particularly in ODIs, technically, temperamentally superb and aesthetically the most pleasing batsman in the world today.”

Babar hasn’t been particularly impressive in Tests, but it’s clear that he’s been honing his skills in the longer format, as one of his innings was named the best batting performance in the ICC World

Bishop also appreciated his cover and straight drives, saying he always notices how fellow commentators take to social media to lavish praise on Babar every time he plays.

“Whenever he comes out to bat I have a few commentator colleagues and I just look for their tweets on social media whenever he plays a cover drive or a straight drive. That tells you a lot when people who have played the game turn up to watch you bat,” he said.