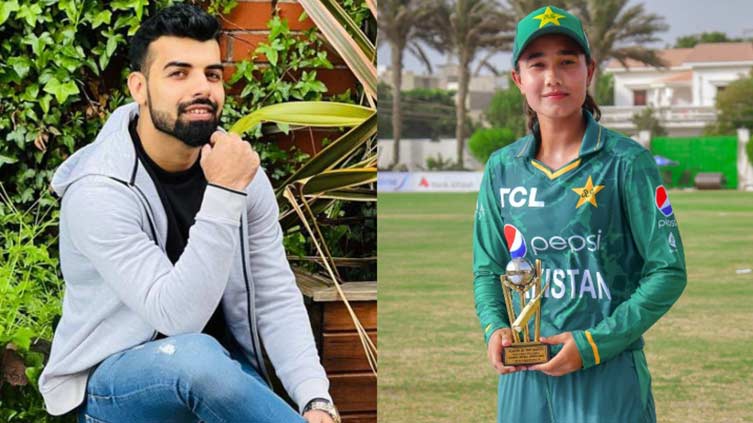 For her prolific spell, Tuba bagged Player of the Match Award.

LAHORE (Web Desk) - A brilliant 3/8 from debutant Tuba Hassan followed by a solid 36 not out from veteran Nida Dar helped Pakistan beat Sri Lanka by six wickets in the first match of the three-match WT20I series in Karachi on Tuesday.

Chasing a target of 107 runs, Pakistan reached home in 18.2 overs for the loss of four wickets. Nida was the highest run-scorer for Pakistan as she remained unbeaten on 36 runs from 27 balls while captain Bismah Maroof scored 28 runs.

Earlier, after winning the toss, Sri Lanka opted to bat but struggled to get enough runs on the board. Left-arm spinner Anam Amin got Pakistan off to a perfect start, holding onto a sharp return catch in the first over to send back Hasini Perera. Harshitha Madavi and Anushka Sanjeewani then slowly rebuilt the innings, employing cautious strokes.

For her prolific spell, Tuba bagged Player of the Match Award.

The second T20I will be played at the same venue on May 26.