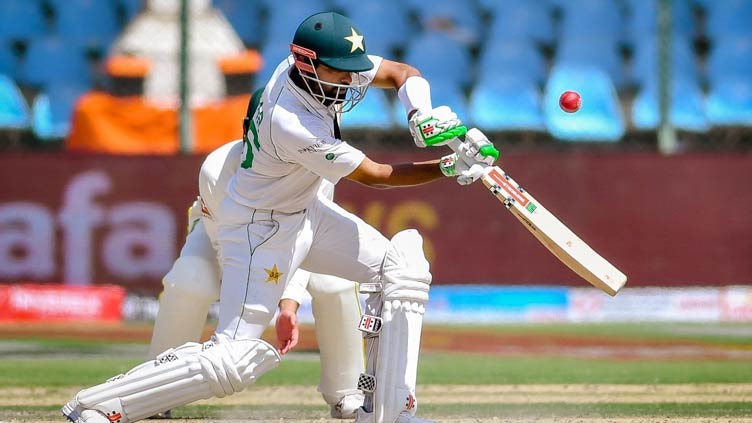 (Web Desk) – Pakistan captain Babar Azam has registered a couple of massive records in the second Test match against Australia in Karachi.

Babar scored 196 off 425 balls, which is now the highest score by any captain in the fourth innings of a Test. The maverick batter achieved the feat on Day 5 of the ongoing second Test at the National Stadium, Karachi.

He had earlier went past former Pakistan batter Younis Khan to register the highest score by a Pakistan player in fourth innings of a Test. Younis had scored an unbeaten 171 against Sri Lanka in 2015.

This was not the only notable Younis Khan record that Babar Azam broke on Wednesday. The right-hander also notched up the highest score by a Pakistan captain in 4th innings of a Test which stood with Younis for close to 15 years for his unbeaten 107 against India in Kolkata in 2007.

During the course of this knock, Babar also became the first Pakistani batter to play more than 400 deliveries in the fourth innings of a Test. However, the right-handed batter was dismissed four runs short of a double century, and he was sent back to the pavilion by Nathan Lyon in the 160th over of the innings.

The batter entered the final day on 102 not out and he carried on from where he left off, and Australia bowlers had no answers. The 27-year-old hit 21 fours and one six to score 196 from 425 deliveries.

Pakistan were at one stage reduced to 21/2 in the final innings, chasing 506, but Babar along with Abdullah Shafique formed a 228-run stand for the third wicket. Shafique missed out on his century as he was sent back to the pavilion by Pat Cummins in the 109th over of the innings.