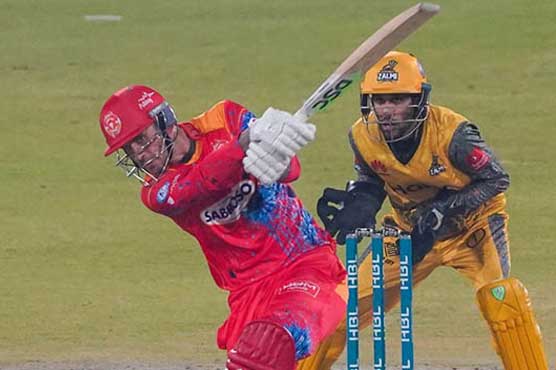 Peshawar, who won the PSL title in 2017, had managed 169-5 after winning the toss and electing to bat, with veteran former Pakistan player Kamran Akmal scoring 39-ball 58.

With Islamabad needing 10 off the last over, Liam Dawson hit a six and four to complete the chase in 19.3 overs.

Islamabad, winners of the inaugural edition in 2016 and then in 2018, will face Lahore Qalandars in the second eliminator on Friday.

Hales was fortunate to survive a stumping off leg-spinner Ali Majid on nought and a dropped catch on nine off the same bowler.

Hales, who returned home last week citing bubble fatigue before rejoining for the remaining matches, took full advantage of the lapses to set the platform.

Despite fast bowler Salman Irshad removing Shadab Khan (22), Hales and Asif Ali (seven) in a deadly spell of 3-31, Dawson ensured the match was not lost.