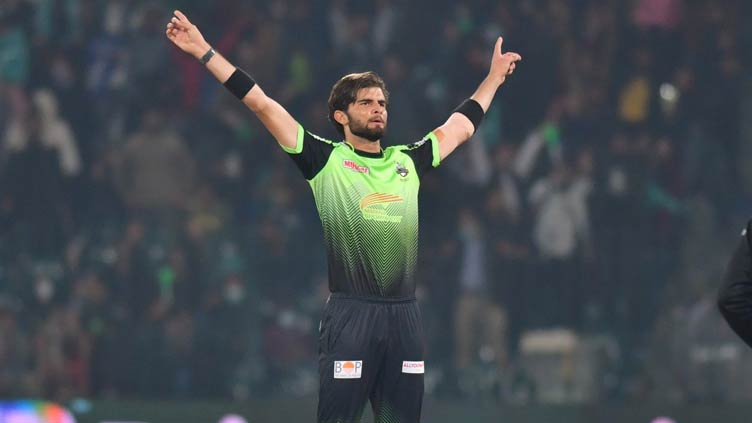 LAHORE (Dunya News) – Lahore Qalandars beat Islamabad United by 66 runs in the 27th match of the seventh edition of the Pakistan Super League (PSL) 2022 at Gaddafi Stadium on Saturday.

197 was never going to be easy and Shaheen Afridi got a couple of wickets in the third over of the innings to trigger the downfall of Islamabad. They never threatened and Lahore have had a cake walk.

Azam Khan faced collateral damage as he faced Rashid at his top and Kamran Ghulam who was economical and threatening. As the scoreboard pressure built, Islamabad’s lower middle order crumbled crashing to a heavy defeat.

Liam Dawson showed some fight by scoring 31 runs, while Azam Khan got out for 10 runs. Skipper Asif Ali also failed to play a big knock getting out for 12 runs.

Playing first, Lahore Qalandars set 198 runs target for Islamabad United. Faheem Ashraf rocked Lahore Qalandars early with two wickets and a direct hit. They were reeling at 12 for 3 when Brook joined Zaman and he batted through the innings.

The pair counterattacked in the powerplay and started the recovery process. They didn’t relent as they kept going after the bowling and brought up their respective fifties.

Zaman departed soon after reaching his milestone but didn’t stop Brook. He became even more lethal and got to his maiden T20 hundred. It was a chanceless innings and one that has taken the Qalandars to a mammoth total.