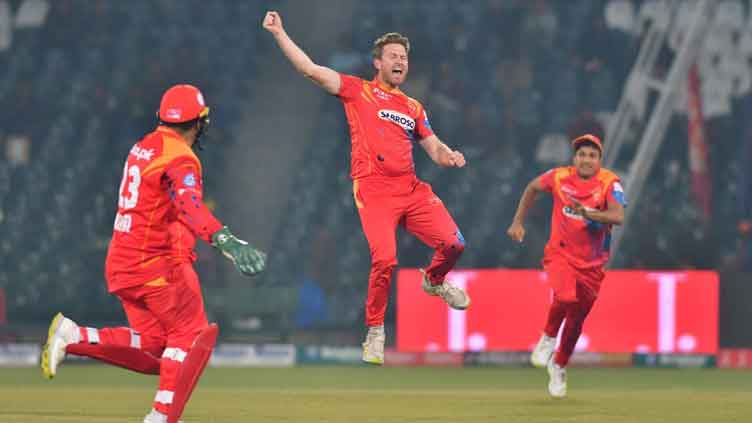 The match went exciting in the last over when Waqas Maqsood barred Chirs Jordan from making 2 runs from the last ball. His brilliant last over handed Karachi Kings with the 7th consecutive defeat in the PSL 7.

Batting first, Islamabad United set 192-runs target which Karachi Kings failed to achieve and were just 1 run away from their first victory of PSL 7.

Islamabad United paid a heavy price when it lost two key bowlers, Zeeshan Zameer and the skipper Shadab Khan due to the injury. But Waqas Maqsood lit the stadium with his brilliant last over in which he took the wicket of Jordan Thompson and run-out Chris Jordan barring the Kings to reach 192 runs target.

Sharjeel Khan played a massive innings and despite the early wicket of Kings skipper Babar Azam, Sharjeel continued with the bat and scored 44 off 29 balls. Despite the loss of early wickets, the partnership between Qasim Akram and Imad Wasim kept the hopes alive for the Kings fans until the Imad had to leave the field due to injury scoring 55 off 28.

Qasim Akram remained not out at 51 off 26 balls but that too couldn’t help the Kings to win.

Earlier today, Karachi Kings won the toss and elected to field first against the Islamabad United.

Faheem Ashraf remained not out and helped United seal a big total scoring 29 runs off just 10 balls. While Asif Ali smashed 3 sixes and 1 four and added another 28 runs on the United’s scorecard off just 11 deliveries.

In the bowling, Imad Wasim claimed two wickets for the Kings.