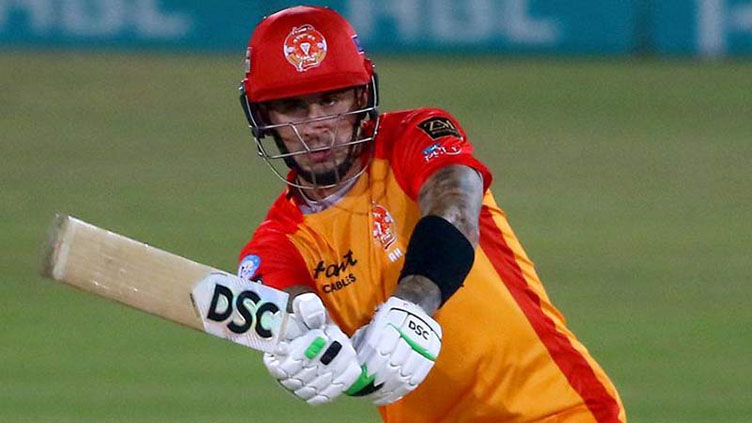 "It was only a short tour, only a few T20s so it made no sense." Hales added.

Web Desk (Dunya News) – England cancelling Pakistan’s tour in October 2021 made “zero sense” and Pakistan is a great place to come and play cricket, according to Alex Hales.

"It was only a short tour, only a few T20s so it made no sense." Hales added.

Following the abandonment of Pakistan tour of New Zealand team, England had pulled out of a T20I tour of Pakistan weeks before it was to take place. The ECB cited a vague mix of reasons from player welfare to security.

Hales, who is also a part of a 20-plus contingent of English players involved with the six franchises this season, has said that Pakistanis are very hospitable.

"I ve been here four or five times now and get looked after really well," Hales said. "Every time we come here, the people are very hospitable and cricket is always really good. The fans here are crazy for it. So, it s a great place to come and play cricket, I absolutely feel safe”, Hales added.

The right-handed batsman Alex Hales is currently playing his fifth Pakistan Super League (PSL) tournament and has more experience of playing in Pakistan than any other English cricketer.

In the PSL 7, Hales is playing for the Islamabad United as an opening batsman and has started out with a 54-ball 82* in Islamabad United’s first match against Peshawar Zalmi.

Hales stands out in PSL as he is among top players of the tournament averaging over 44 at a strike rate nearing 150.

"I m just enjoying my cricket a lot more now," Hales added. "I m into my 30s now so I guess I ve matured over the last few years away from the game. I feel like I m playing the best standard of cricket I [have] played in my life and hopefully, I can keep up for the next few years.”