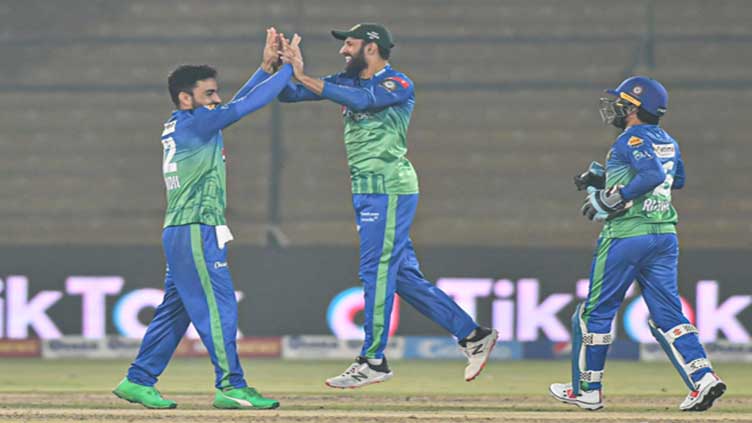 KARACHI (Dunya News) – Islamabad United lost the eighth game of Pakistan Super League (PSL) against Multan Sultans by 20 runs after the team failed to chase down the target of 218 runs.

Islamabad United skipper Shadab Khan knocked 5 fours and 9 sixes in his ruthless 91 off 42 balls that too couldn’t help his team pulling off a grand target of 218 which is also the highest of PSL 7.

With the bowl, Khusdhdil Shah stood out sending four Islamabad United’s batters to the pavilion while David Willey clinched three wickets. Both Rumman Raees and Anwar Ali took one wicket each.

For Multan Sultans, Tim David hammered 6 fours and 6 sixes in his belligerent 71 off 29 balls and Rilee Rossouw was also unbeaten in his 67 off 35 balls while Shan Masood added another 43 runs on the Multan Sultan’s score card.

In the bowling, Hasan Ali, Wasim Jr., and Marchant de Lange took one wicket each.

This is the fourth consecutive victory for the Multan Sultans in the PSL 7 making their position distinct in the points table.