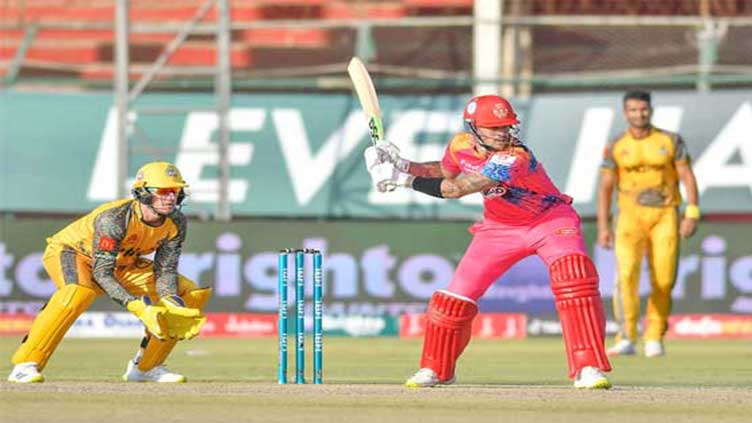 Islamabad overhauled 169-run target on the back of a blazing partnership worth 112 in 9.4 overs between the two. Stirling recorded Islamabad United’s fastest 50, breaching the landmark in just 18 balls. He spanked seven fours and three sixes in his 25-ball 57.

After Stirling was run out, Hales continued to score briskly. He raced to 82 not out off 54 balls, hitting 13 fours and a six, as Islamabad chased down the target with 25 balls spare.

Earlier, Peshawar Zalmi had posted 168 for the loss of six wickets because of a remarkable 70 not out off 46 balls by Sherfane Rutherford. The left-handed batter helped Peshawar stage a recovery after walking in to bat with his team at a precarious 35 for four. He was supported by Ben Cutting (26 off 17) in the death as the two added 51 in 29 balls.