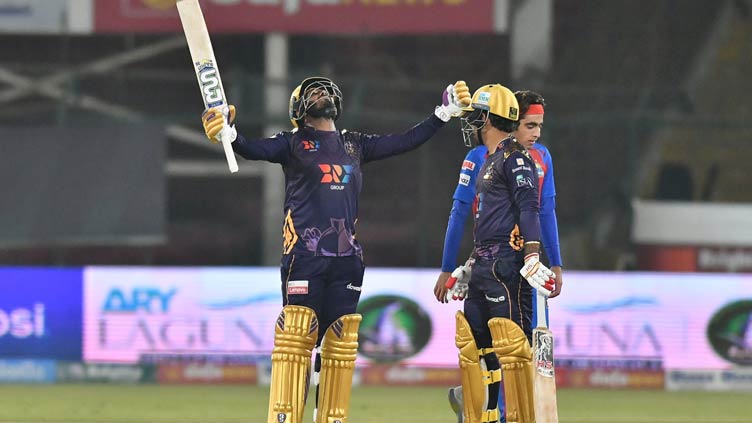 Quetta Gladiators picked up their first points of the 2022 Pakistan Super League after completing a routine eight-wicket win over Karachi Kings.

Pace bowler Naseem Shah put the Gladiators on track for victory, producing career-best figures of 5 for 20 to help dismiss Karachi Kings for 113. Ahsan Ali then scored his second half-century in as many matches to steer his side home with 25 balls to spare, finishing unbeaten on 57.

Ahsan Ali and Will Smeed once again worked their magic at the top of the order. Whilst they didn’t quite reach the heights of their 155-run partnership against Peshawar Zalmi, the pair enjoyed a 76-run stand off 68 balls to put the Gladiators in a commanding position.

Smeed was dismissed by Mohammad Imran (caught Lammonby) for 30 (35) in the 12th over and was soon joined in the shed by Ben Duckett, who was runout by Clarke and Gregory for two.

Ahsan Ali, unbeaten on 57 off 43 balls, and Sarfaraz Ahmed (16 off nine) needed just 14 balls to complete the chase, with the latter sealing the deal with three consecutive fours in the 16th over.

Babar remained the top score with 32 runs, otherwise, it was a sorry tale for Kings  who could have got out for even below 100, except Aamir Yamin who scored 20, and Imad Wasim scoring 26.

Shah struck twice in two balls in the fifth to dismiss Tom Lammonby and Mohammad Nabi and soon picked up a third, bowling Lewis Gregory for five. Mohammad Taha also departed in the first half of the innings, removed by substitute fielder Luke Wood off the bowling of Mohammad Nawaz, as Karachi Kings limped to 55 for 6 at drinks.

Quetta Gladiators had won the toss and opted to field against Karachi Kings.