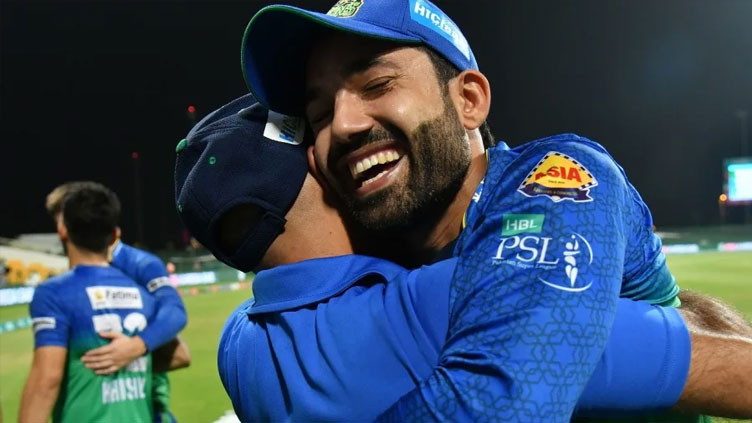 It was a tale of two cities for Sultans last year

LAHORE (Web Desk) - It was a tale of two cities for Sultans last year. They struggled heavily in the Karachi leg of the tournament - they won just one of five games and the only side to lose a match while chasing - but the Covid-induced break worked wonders for the. Fast forward three months, and once the teams reconvened in Abu Dhabi, there was no stopping Rizwans side, who went on a tear, winning seven of their final eight games to romp to the title.

Whats changed for the season?

Multan have tried to reduce the average age of the squad, with Shahid Afridi and Sohail Tanvir no longer a part of the side. They didnt have Afridis services for the Abu Dhabi leg last year anyway, and looked the better for it, though Tanvir, over the years a handy option with the ball and always good for a cameo or two, might be missed.

Snapping up Tim David at the first opportunity might prove to be the telling difference, adding to an impressive repository of middle order power hitting, with Sohaib Maqsood, Khushdil Shah and Rilee Rossouw to supplement him.

Theres plenty of continuity for the Sultans, which is pragmatic enough for a side that won the title the previous season. 10 of the 11 who contested the final last year are still with the franchise, though the loss of Usman Qadir means 42-year old Imran Tahir is their sole elite spin option, which might leave them a bit light in that department.

Something about Shahnawaz Dahani feels too good to be true, and it isnt just his stupendous numbers at last years PSL. The bowler who hadnt played a single T20 before the start of PSL 2021 finished the tournament as the highest wickettaker with 20.

He provided instrumental breakthroughs in the middle overs and control in the first six - which, paradoxically, was the most economical time to use him. But it was the innocent natural charisma of his personality that lit up what was otherwise an uncertain, unhappy, Covid-afflicted PSL, his side riding the crest of a wave he played the biggest part in generating all the way to the title.

But while his numbers post-PSL continue to be impressive; he averages 18 per wickets and his economy rate has improved significantly (to 6.90 in 9 matches since the PSL compared to 8.42 during it), this remains a fledging career for the 23-year old. He played the first PSL with the luxury of anonymity and a smile on his face and, but he will play this one under the spotlight with a target on his back.

• Multan Sultans firepower might be hard to match this season. Of the players with the highest T20 strike rates since the start of 2021 (minimum 400 runs), three of the top seven - Rossouw (156.67), David (153.38) and Maqsood (148.34) - are part of Sultans roster. Add to that Rizwan, whose strike rate at the death exceeds 200 since the start of 2020, and this is a side that could overpower any outscore any opposition on their day.