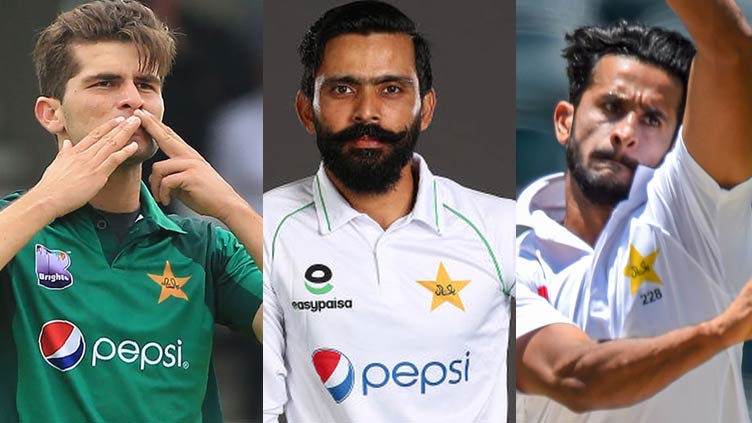 (Web Desk) – The Pakistan players – Fawad Alam, Hasan Ali and Shaheen Shah Afridi have been named in ICC Men s Test Team of the Year. Kane Williamson has been named as the leader of the ICC Test Team of 2021.

Under Williamson, New Zealand had defeated India last year to win the World Test Championship. Apart from three Indians, the side has two New Zealand players, three Indians, one Australian, one Sri Lankan, and one player from England.

At the age of 36, Fawad Alam has finally established himself as a cornerstone of the Pakistan batting lineup in Test cricket after years of toling on the domestic circuit. He was at his sturdy best in 2021, scoring 571 runs in 9 matches at an average of 57.10 with three centuries. His tons came in tough situations against South Africa, Zimbabwe and West Indies.

Hasan Ali always delivered with the ball for Pakistan in 2021, be it as a strike bowler or when it came to holding one end up. By far his best year in the longest format, Ali scalped up 41 wickets in 9 matches at a sensational average of 16.07. He also picked up one five-wicket haul and registered best bowling figures in a match of 10/114. Forming a formidable duo with Shaheen Afridi, Pakistan will hope he carries on his form in 2022 with some tough assignments awaiting them.

On the other hand, It was a year for remember for Shaheen Afridi, especially in the longest form of the game. Extracting brilliant movement with the new ball and reversing it with the old, Afridi picked up 47 wickets in 9 matches at an average of 17.06, including three five-wicket hauls. Still only 21, Shaheen will likely lead the Pakistan pace bowling unit for years to come and with already rapid improvements in his bowling, he will undoubtedly prove to be a fearsome prospect.