History of the Pakistan Super League 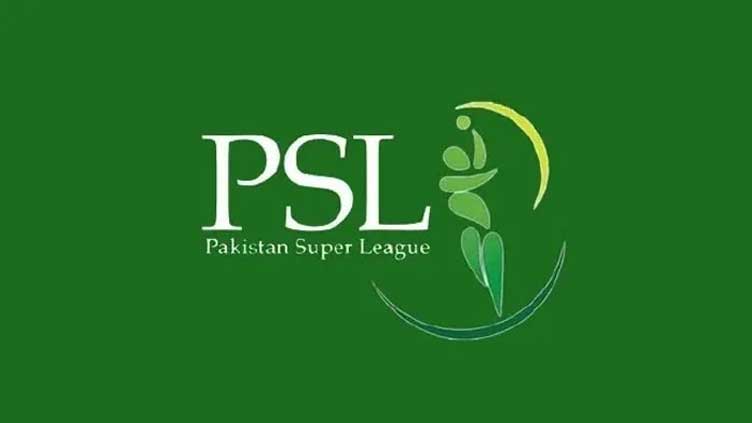 History of the Pakistan Super League

LAHORE, (APP): The Pakistan Super League 2022 will be held in Karachi and Lahore from 27 January to 27 February
with some of the world’s best shortest format players in action in the 34-match competition.

The PSL has evolved and come a long way since its inception in 2016 and has now become a global brand that not only unites the nation but also attracts some of the biggest and most respected commercial entities.

The recent landmark commercial agreements signed for the 2022 and 2023 events is a case in point and speaks volumes of this event’s value and significance.

The first edition that was competed by five sides was played from start to finish in the United Arab Emirates, while the final of the 2017 tournament was staged at the Gaddafi Stadium.

In 2018, Multan Sultans joined as the sixth side and the two Eliminators were played in Lahore while the final was staged in Karachi. Eight matches of the 2019 edition took place in Karachi, whereas all 34 matches of the 2020 tournament were held across four Pakistan venues.

In 2021, 14 matches were played in Karachi and the remaining 20 were staged in Abu Dhabi in June after the event had to be suspended in March following Covid-19 outbreak within the teams.

The 2022 event is planned in Karachi and Lahore, and promises to be as exciting as the last six editions.

Below is a quick history of the previous PSL events that has not only produced high-quality cricket but has given world cricket some of the most entertaining and exciting players of this era.

Islamabad United made history when they beat Quetta Gladiators in the final of the inaugural edition of the PSL to become the first-ever side to lift the silverware. Islamabad cruised past the 175-run target for the loss of four wickets with eight balls spare at the Dubai International Cricket Stadium.

The tournament was played on a double-league basis. Peshawar Zalmi topped the standings at the end of the round-robin stage but lost out on a place in the final after losing both their play-offs to Quetta and Islamabad, respectively.

Zalmi outclassed Gladiators in a one-sided final at the Gaddafi Stadium to lift the glittering PSL 2017 trophy. Batting first in the final, Zalmi posted 148 for six in their 20 overs. Gladiators were dismissed for 90 runs in reply to lose their second consecutive final.

Sammy was named the player-of-the-match for his match turning unbeaten 28 off 11 balls (three sixes, one four) and astute leadership.

Kamran Akmal with 353 runs in 11 games including a century in the play-off against Kings and 12 dismissals behind the stumps was declared the player-of-the-tournament. He also bagged best batsman and best wicketkeeper of the tournament awards.

United reclaimed the title when they defeated Zalmi by three wickets in an exciting final at the National Stadium. Batting first, Zalmi posted 148 for nine with United chasing down the target with 19 balls to spare.

Luke Ronchi capped off his player-of-the-match performances with a brilliant 52 off 26 balls (four fours, five sixes).

It was a case of third time lucky for the Gladiators as they finally lifted the trophy at the National Stadium after defeating Zalmi by eight wickets. Batting first, Zalmi posted 138 for eight as speedster Mohammad Hasnain and the richly experienced T20 globe-trotter Dwayne Bravo shared five wickets between them. Ahmed Shehzad and Rilee Rossouw saw off the chase with an unbroken 73-run third-wicket partnership to give Gladiators a much awaited PSL title. Ahmed scored 58 off 51 balls while Rossouw made 39 off 32 balls.

Gladiators’ Australian import Shane Watson dazzled with the bat with a 430-run tally in 12 innings at 43.00 and a strike-rate of 143.81. Kamran was once again the mainstay for Zalmi producing 357 runs in 13 innings, while United’s Cameron Delport stood third with 355 runs in 12 innings.

Hasan Ali had a magnificent season for Zalmi; the right-arm-pacer took 25 wickets in 13 games. Faheem took 21 in 12 games for the United while Wahab was once again among the top three, finishing the tournament with a 17-wicket tally in 13 matches.

Babar Azam had an event to remember when hit a 49-ball 63 to guide Karachi Kings to their maiden title when they defeated Lahore Qalandars by five wicket at the National Stadium. In pursuit of a 135-run target, Kings reached victory with eight balls and five wickets to spare.

Babar was later judged player of the final, best batsman of the tournament and player-of-the-tournament.

Multan Sultans became the fifth team to win the PSL when they defeated Peshawar Zalmi at the Sheikh Zayed Cricket Stadium in Abu Dhabi by 47 runs.

Batting first, Sultans scored a record 206 for four that revolved around Sohaib Maqsood’s 65 not out and Rilee Rossouw’s 50. In turn, Zalmi finished at 159 for nine with Imran Tahir collecting three for 33 and, Blessing Muzarabani and Imran Khan picking up two wickets apiece conceding 26 and 27 runs, respectively.

Sohaib Maqsood not only earned a Pakistan call-up for the England and West Indies tours for his 428 runs, he also walked away with the player of the final, best batsman of PSL 2021 and player of PSL awards.

Multan Sultans’ Shahnawaz Dahani won the best bowler of PSL 2021 for his 20 wickets and was also adjudged Best Emerging Cricketer of PSL 2021, while Sultan’s captain Mohammad Rizwan was declared best wicketkeeper for his 20 dismissals.