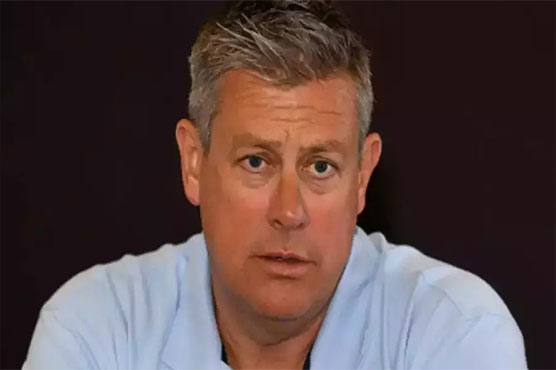 Ashley Giles pleaded for those who have made "mistakes" to be given a second chance.

LONDON (AFP) - England managing director Ashley Giles says cricket has to do much better in tackling the scourge of racism but pleaded for those who have made "mistakes" to be given a second chance.

English cricket has been rocked by damaging revelations of racism from Pakistan-born former Yorkshire player Azeem Rafiq, who made a number of allegations against high-profile figures in the sport.

Rafiq accused former Ashes-winning England captain Michael Vaughan of racism towards him and other Yorkshire players of Asian origin at a county match in 2009.

Former Yorkshire player Vaughan, who has "categorically denied" the allegation, was subsequently dropped from the BBC s broadcasting team for the Ashes, which starts next month, to avoid a "conflict of interest".

Giles, speaking to British reporters from the team s base in Australia on Sunday, said the England squad had reflected on the Rafiq issue and hearing his story had been "hard to listen to".

The former Test bowler, 48, said there should be no place for discrimination in the game but he also called for understanding.

"For me if zero tolerance means we cut people off, we don t give second chances, we don t give people a chance to rehabilitate then I think we ve got a problem," he said.

"I ve been involved in the game over the last 30 years and I m sure there will be incidents and things I ve said that I wouldn t be proud of in a different time and a different context," he added.

Giles said his experience of the England dressing room was "very positive", highlighting in particular the diversity of the white-ball team, which won the World Cup in 2019.

And he said cricket had a "great opportunity" to lead the way on tackling discrimination.

"We are in the public eye, very front and centre at the moment with the issues we have in the game and it s great that we can do something about it. We can lead the way hopefully, in sport and in society."

Giles said Joe Root s squad was the "best-prepared" he had been involved in for a tour to Australia, where England have a miserable record of nine defeats in their past 10 Tests.

The five-match Ashes series starts in Brisbane on December 8.

"We have thought long and deeply and planned long for this series and not all of it has gone perfectly," he said. "You never expect it to.

"The war-gaming bit is important but Covid has of course added another completely different level to that but we ve got to get past that. That is the same for both sides."

And Giles said talismanic all-rounder Ben Stokes was raring to go after taking a prolonged break from the sport to deal with mental health issues and a finger injury.

"Ben seems to be going well and it s just great having him around," he said. "I know Joe will of course be happy having him back in the squad.

"We ve got to treat Ben carefully as we would anyone else who s been in that position of not having a lot of cricket under their belts but he ll be a difficult man to hold back if he s ready to go."