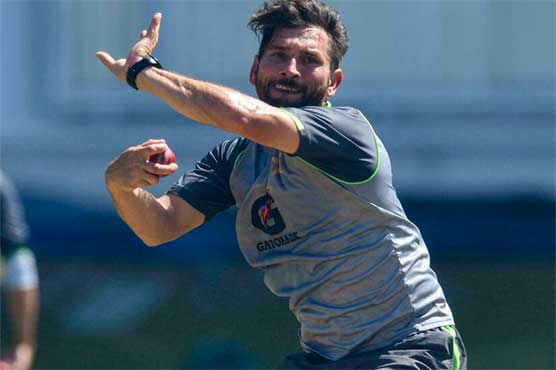 The 35-year-old was injured in September.

The 35-year-old, who has been a match-winner for Pakistan since 2014, taking 235 wickets in 46 Tests, was injured in September.

He is replaced by 36-year-old spinner Bilal Asif, who played the most recent of his five Tests in 2018.

Pakistan will play three Twenty20 internationals in Dhaka on November 19, 21 and 22 before the two Tests in Chittagong (26-30 November) and Dhaka (4-8 December).

Opener Imam-Ul-Haq and middle-order batter Kamran Ghulam have been named in the 20-player squad.

Left-handed Imam returns after stellar performances in the ongoing Quaid-e-Azam Trophy, where he has racked up 488 runs in five innings, including an unbeaten double-century.

Imam played his 11th and most recent Test against Australia in Adelaide in 2019.

Chief selector Mohammad Wasim said the squad was selected based on conditions in Bangladesh.

"Bangladesh are strong side in their backyard but we have the resources, talent and experience to perform strongly and then carry that momentum into the Australia Tests, which will be in Pakistan next year," said Wasim. 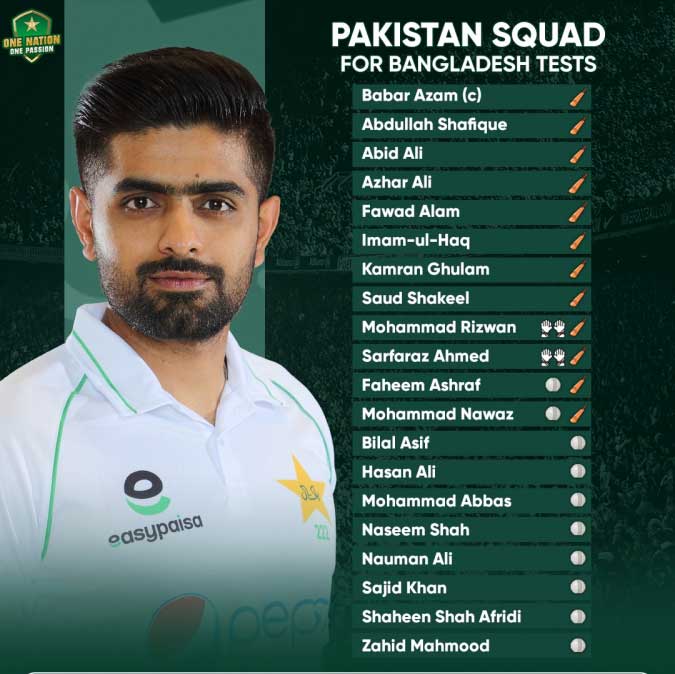