ISLAMABAD (Online) - New Zealand fast bowler Mitchel McClenaghan has said that all New Zealand players wanted to play and prove themselves in the field and the Pakistan players and fans shouldn’t be blaming them for New Zealand withdrawal.

Recently, Pakistan’s all-rounder Muhammad Hafeez had tweeted sarcastically "Thanks to the security of the Pakistan forces [who made] arrangements [for] @BLACKCAPS to reach [the] airport safe and sound. Wonder same route and same security, but no threat today???" he tweeted, sharing a picture of the New Zealand cricket team and staff at the Islamabad airport, heading out of the country.

Thanks to the secutity of pakistan forces to make arrangements to @BLACKCAPS to reach at airport Safe & Sound. Wonder same route & same security but no threat today??? pic.twitter.com/mwxq6AFjyT

In response to Muhammad Hafeez s tweet, the Kiwi fast bowler shared his stance but deleted it later.

“Come now bro. This has a bad taste to it. Don’t blame the players or the organization. Blame our government. They have only acted on the advice they have received. I am absolutely certain these young men – all willing to prove themselves wanted to play. They had no choice,” the Kiwi pacer had written, quoting Hafeez’s tweet. 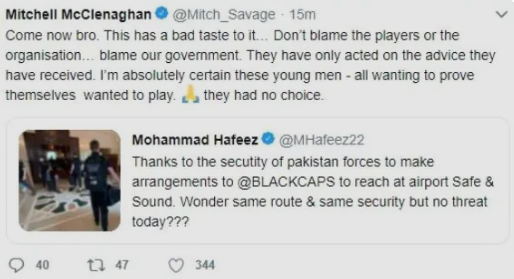 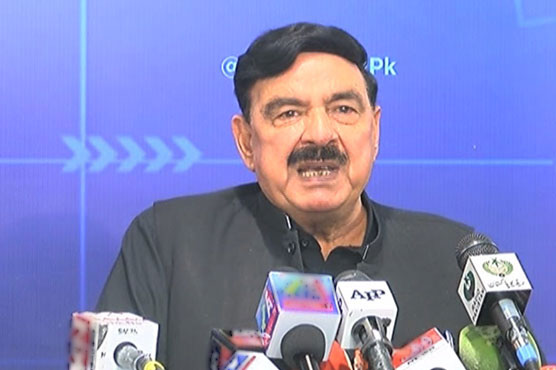 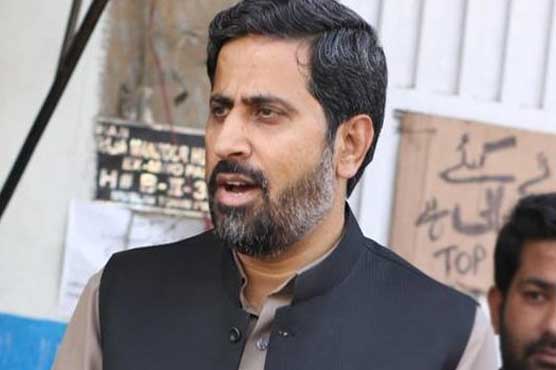 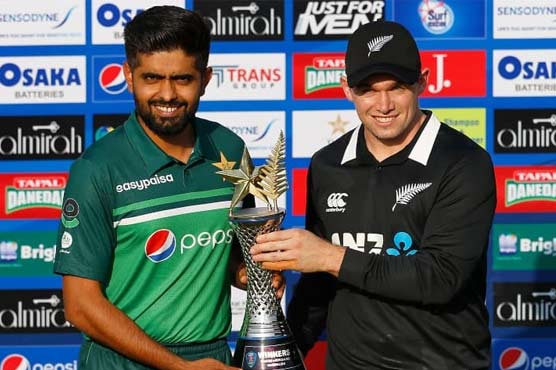