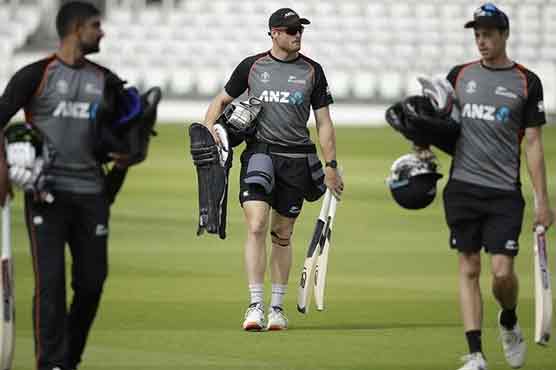 Gaddafi Stadium will host the T20Is from 25 September to 3 October.

RAWALPINDI (Web Desk) - New Zealand cricket team has arrived in Pakistan to feature in a white-ball cricket series after 18 years.

Kiwis landed at Islamabad Airport via chartered flight. Security was tightened in adjacent areas upon arrival of the team.

Not only the cricket fans but the visiting squad members are also exuberant and excited on their first tour to Pakistan. Tom Blundell, Blair Tickner and Doug Bracewell has shown their delight over their tour to Pakistan.

Pakistan last played against Black Caps in 2003, where host team won all five ODI matches. Following which, Pakistan hosted New Zealand thrice but all of these series were played in UAE.