New Zealand cricketers exuberant to their first tour to Pakistan 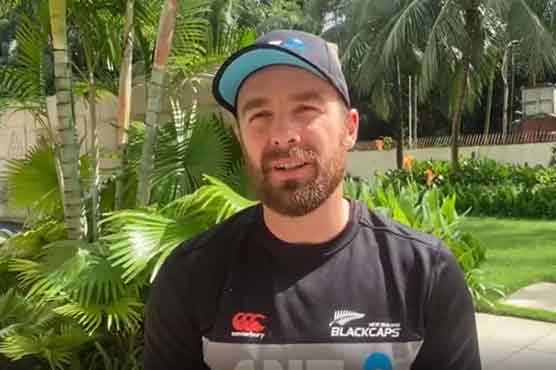 New Zealand cricketers exuberant to their first tour to Pakistan

The New Zealand side will arrive in Islamabad on Saturday for three ODIs and five T20Is.

RAWALPINDI (Web Desk) - Today is the day when New Zealand contingent will land in Pakistan to feature in a white-ball cricket series after 18 years.

This is not about the cricket fans only but the visiting squad members are also exuberant and excited on their first tour to Pakistan. Tom Blundell, Blair Tickner and Doug Bracewell has shown their delight over this news.

Pakistan has last played against Black Caps in 2003, where host team has won all five ODI matches. Following which, Pakistan has hosted New Zealand thrice but all of these series were played in UAE.

“It is very exciting for us, as none of us has ever been there, and what I have heard that, it is a beautiful country. I think, we just need to be out there and see what experience Pakistan has offer to us.”

“They are a very good white-ball team and I think it will be a very challenging for us, but like I said it is an exciting opportunity for all of us to go there.”

“It was a shame that they were been away from home for such a long time, now it’s really pleasing to see them playing in-front of their fans. It’s going to be very exciting for both the teams.”

“For us, cricket is being played for the people, we are being playing here in empty stadiums. It’s very exciting for us to play in-front of their fans especially.”

“Obviously, boys are excited. Winning a series here (in Bangladesh) but excited for another opportunity to get over Pakistan and win the series.”

“We are excited to see the country, right now stuck in a bubble, It’s disappointing but it will be exciting once we get out.”