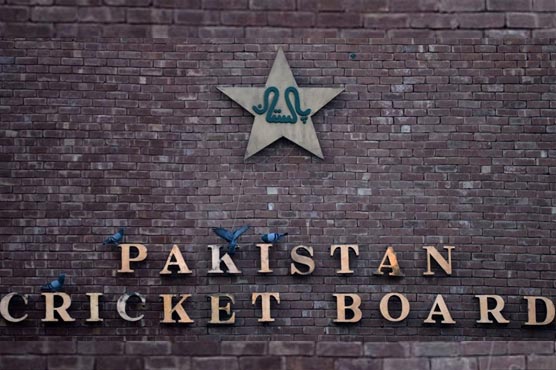 The team managers will be announced in due course.

LAHORE (Dunya News) - The Pakistan Cricket Board today announced coaches for the 42 sides across six Cricket Associations for the 266-match 2021-22 domestic season.

The appointments have been made after carrying out a 360-degree comprehensive performance review process, keeping in view the needs of the upcoming players across all rungs of the game and to further upskill the coaches by challenging them in different environments.

A number of coaches who had favourable performance assessments are rewarded with promotions, while some coaches have been awarded the opportunity to step up to head coaching at various levels.

The coaches were primarily assessed around two key objectives

Shahid Anwar, who coached Central Punjab First XI in the last season, has been appointed as the head coach of Southern Punjab First XI. His staff includes Aizaz Cheema and Irfan Fazil as assistant and fielding coaches.

For the 2021-22 domestic season, Abdul Rehman has moved to Khyber Pakhtunkhwa after heading the Southern Punjab coaching staff. The seasoned coach is joined by Riffatullah Mohmand and Muhammad Siddiq as his assistant and fielding coaches.

Ijaz Ahmed Jnr is appointed as the head coach of Northern’s First XI team. Ijaz, a former international batter with more than 13,000 runs and 171 scalps in first-class cricket, has coached Central Punjab First XI in the 2019-20 domestic season. He is joined by former Pakistan fast bowler Samiullah Niazi, who was the assistant coach of Central Punjab First XI last season, and Fahad Akram, who earns promotion to Northern First XI after serving as assistant coach of the Cricket Association’s U19 team last season, as a fielding coach.

Former Pakistan batters Basit Ali and Faisal Iqbal will continue in their roles as head coaches of Sindh and Balochistan First XI teams.

At Sindh, Mohammad Masroor replaces Iqbal Imam, who moves to Southern Punjab Second XI as a head coach, as the assistant coach and Hanif Malik, last season’s Sindh U19 assistant coach, has earned a promotion and will be the fielding coach of the First XI team.

Balochistan’s assistant coach, along with the head coach of Southern Punjab’s U19 and U16 sides, will be appointed following a merit-based, robust recruitment process. Hussain Khosa will continue as Balochistan First XI’s fielding coach.

The 360-degree review process was carried out by Grant Bradburn, the head of high performance coaching at the National High Performance Centre, following which he submitted his recommendations to Director – High Performance, which were subsequently approved by the Chief Executive.

Grant Bradburn: “It is very important that we continue to upskill our coaches by providing them constructive feedback regularly, while challenging them in different environments, which we are hopeful will continue to grow our coaches to become contenders for Pakistan roles in the future.

“This will not only help us in boosting our pool of Pakistan coaching candidates, but also develop strong self-reliant players by learning from multiple coaches who are ready to take on different challenges from the early stages of their careers.

“Abdul Razzaq had a fantastic debut season as a head coach and as such he has been asked to take up the coaching role of the Central Punjab’s side. This move will bring new challenges for Razzaq and I have no doubts that he will embrace them.

“The same logic was behind our decision to appoint Shahid Anwar and Abdul Rehman, who are the two experienced, valuable assets in our coach pathway, with the Southern Punjab and Khyber Pakhtunkhwa sides, respectively. Under the guidance of Shahid, Central Punjab scripted one of the most incredible tales in first-class cricket by staging an epic comeback in the Quaid-e-Azam Trophy to share the silverware with Khyber Pakhtunkhwa. Under Rehman, Southern Punjab played the final of the National T20 Cup after putting up a miraculous run-chase in the semi-final and he had been with the side for two years.

“Basit Ali and Faisal Iqbal coached the First XI teams for the first time in the last season and have been given another season with Sindh and Balochistan as they continue to build their sides. We remain invested in supporting them, while they establish themselves as coaches who can create a winning environment, while exposing our players to rich learning.”

Director – High Performance Nadeem Khan: “I want to congratulate everyone who has been appointed as a coach for what promises to be an exciting and action-packed 2021-22 domestic cricket season. These merit-based appointed have been made after considering the demands of our ever-evolving sport.

“Many coaches have earned promotions based on their performances in the 2020-21 season. As it is the case for the cricketers, this set-up also provides a clear pathway to the coaches to graduate to the top-level as we continue to strive to develop a strong pool of coaching staff.

“This year, there is also an increase in the number of coaches at the domestic level with every Cricket Association fielding two U19 and U16 teams. This move will continue to generate opportunities for former cricketers, after we appointed coaches for the 93 City Cricket Association teams, to remain attached to the game by taking up coaching roles, which is in harmony with our objective to create more and more employment opportunities for our former cricketers.

“To further challenge our coaches at the top-level, we have shuffled the First XI coaching panel. As it was promised last year that the PCB will continue to benefit from Ijaz Ahmed Jnr’s vast experience, he has returned to First XI coaching set-up as the head coach of Northern after that position was vacated by Muhammad Wasim following his appointment as the chief selector of our national men’s side.

“I am hopeful that these changes will further enhance the quality of cricket at top-tier and we will continue to expand and strengthen our pool of coaches.”

The team managers will be announced in due course.