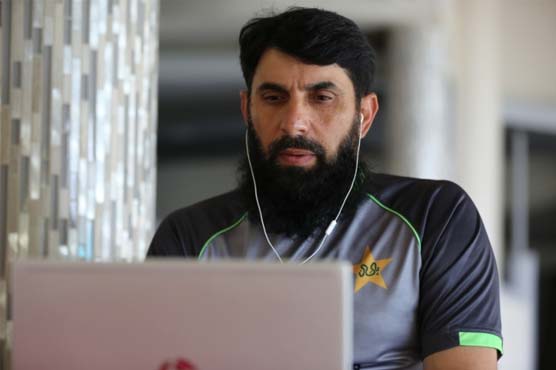 "Overall the team is very good."

The head coach while talking to the media in a virtual media conference from Barbados said, “The players were coming into the ODI series against England after playing the T20 format (PSL 6) so it was difficult for them to get adjusted quickly."

He said, “After playing in England, we had some good practice and the conditions in the last two matches in England were same as in Abu Dhabi and like here in West Indies so I expect players to do well here.”

Pakistan team lost the three-match ODI series 3-0 to England. The team won the first T20I but lost an entertaining and thrilling series to the hosts by 2-1.

When asked about team’s combination ahead of ICC Men’s T20 World Cup, Misbah replied, “We are near to our final combination. Our middle-order is not performing as well as our top order. We didn’t get the desired results in England series, but we know about our combination.”

He expressed his confidence in the team and said, “Before England series, the series we played had very good results. Overall the team is very good.”

Pakistan will take on West Indies in the five-match T20I series starting from 27 July at Kensington Oval in Barbados. Mentioning about the importance of these matches ahead of the mega event, Misbah said, “Each and every game from here is very important for us. We need to make improvement. I am hopeful we will do well in this series.”

When asked about living in a bio-secure environment and how does it affect players physiologically, Misbah said, “Overall the scenario is the same in every sports activity so we have to live with that. The Pakistan Cricket Board (PCB) and West Indies Cricket Board (WICB) are trying that players play in a safe environment."

“Staying in a bubble is always different as you don’t have that social activities, and you have to travel from one bubble to another so there is always a difficulty, but cricket and other sports have to go on like this for some time so I guess everyone is trying to adapt,” he maintained.