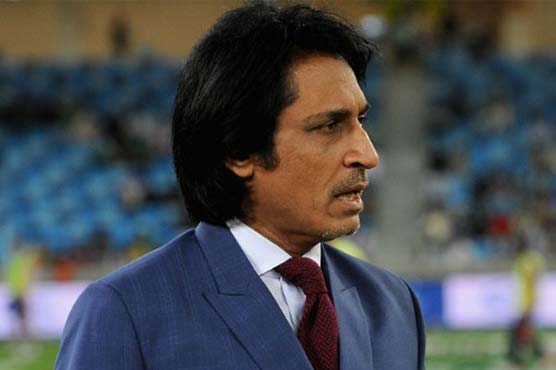 "If you want to be a big side while chasing, then you have to pick your moments."

ISLAMABAD (APP) - Former Pakistani cricketer Ramiz Raja believed that Pakistan still had a chance to win the Twenty20 series saying the Green-shirts need to learn from their mistakes.

“We can still give them props because the series is still alive, and they can learn from their mistakes. The middle-order has to bat better than this during run chases. It seemed like they were swinging in a desperate situation”.

They have to back themselves and hit on balls that are in their zones. They could not just close their eyes and swing for the fences thinking that it was a desperate situation, and he would still get a pat on the back for effort, Raja said.

“This should not be the case. If you want to be a big side while chasing, then you have to pick your moments," he added.

Senseless hitting increases pressure because wickets fall in the process while a new batsman would need time to settle in the middle,” he said in a Youtube video.

“It did not seem like Pakistan were looking for stable partnerships which is another important aspect of chasing down a total. You try to take the game deep. The pressure goes on the opposition then,” Ramiz Raja said.

“Pakistan’s bowling was not up to the mark since they conceded 200 runs in two games. They have to go back to the drawing board and make some changes. They have to make new strategies and pick themselves up.

If your frontline bowlers are conceding 50 plus runs then it becomes hard to restrict the opposition batsmen. They still have a chance to win this series which would be a monumental achievement,” he said.

Speaking about Pakistan’s tactics against England in the second T20 in Leeds on Sunday that led to a 45-run defeat, Ramiz said Pakistan looked more in control when they bat first.

“Pakistan look more in control when they bat first. Because then they have an idea of the target while bowling and then they have the passion along with the fielding to back it up.

They show both defensive and offensive tactics in those cases. Their chances of winning drastically increase in the process.

This come back was expected from England because they were playing at home with the series on the line. They made changes and propelled themselves upwards,” he said.

He said Usman Qadir was present in the squad that was going to face a side with around two to three inexperienced batsmen.

“Some don’t play spin well. They still didn’t think about attacking with two leg-spinners. This is why Pakistan sometimes pays a price because of its tactics, not because of the talent that it has,” he said.