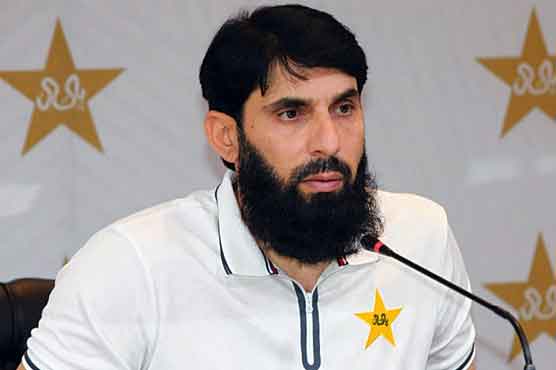 BIRMINGHAM (Dunya News) – Misbah-ul-Haq, head coach Pakistan men’s cricket team admitted the team didn’t perform as was expected in the ICC Men’s Cricket World Cup Super League ODI series against England and there is lot to work on before the start of next series.

While talking to the media in a virtual media conference, at the conclusion of the three-match ODI series, Misbah said, “I will not make an excuse, I accept as a head coach our performance was not up to the mark."

"It was very disappointing as we failed to perform in all departments of the game,” he said and added It’s a team game, both coaching staff and players are responsible for the defeat.”

When asked where the team went wrong during the series, Misbah emphasised, “We had performed well in the recent series. We were satisfied we were on the right track. But this series proved to be a difficult one and it seems we were back from where we had started and this was a worrying sign for me as a head coach.”

When asked about Babar Azam’s performance as captain, the head coach responded, “Babar’s batting has improved since taking over the captaincy. Babar will learn with experience; no one is perfect.”

On playing the same 11 in all three matches of the series, Misbah said, “We played our best combination in the series, but unfortunately it didn’t click. The players have not played ODI cricket lately and they were coming after playing in the HBL PSL. Overall we played our best side according to the conditions.”

Asked what positives can be taken from the series, Misbah said: “The batting performances of Babar and Rizwan were very important ahead of the T20I series against England and later on for West Indies tour. The bowlers had performed well in the previous series and I am expecting them to bounce back strong.”