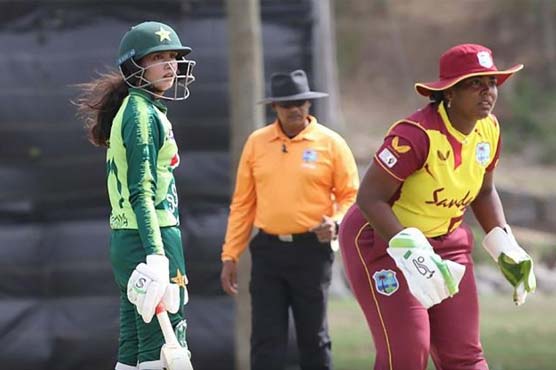 Iram Javed smashed five fours and a six in her 40-ball 39.

ISLAMABAD (APP) - Sidra Amin scored a splendid 108 not out as Pakistan Women ‘A’ defeated West Indies Women ‘A’ by 80 runs in the second One-Day to attain an unassailable 2-0 lead in the three-match series.

In the match played at the Coolidge Cricket Ground, Sidra dispatched 14 off the 144 balls she faced for fours as her side posted 269 for five after captain Sidra Nawaz elected to bat after winning the toss, according to information received here on Wednesday.

The right-handed opener added 104 runs for the third wicket with Nahida Khan, who scored her second half-century on trot with a 51-ball 55 that included eight fours.

West Indies managed to score 189 for four in their 50 overs. Rachel Vincent top-scored with a 109-ball 56, hitting seven fours.

The last One-Day between the two ‘A’ teams will be played on 16 July at the same venue.