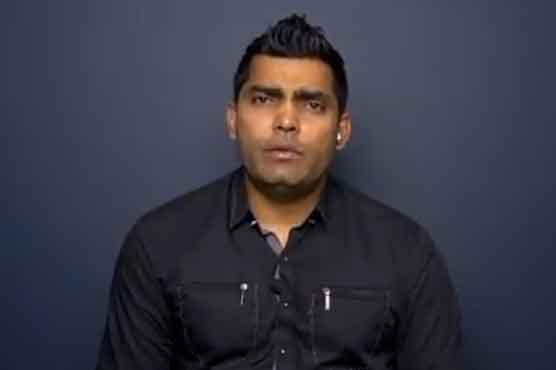 He said, "I admit today that this mistake has brought Pakistani cricket into disrepute."

(Web Desk) – Pakistani Middle order batsman Umar Akmal has apologized to the Pakistan Cricket Board (PCB) and followers for failing to report back to the PCB anti-corruption authorities that he had been approached by bookies.

"Seventeen months in the past, in 2020, I made a mistake that value not solely my profession but additionally my cricket," Akmal stated in a video clip. "My mistake was that I didn t inform the anti-corruption workplace in time when some individuals [bookies] got here as much as me," he added.

The video is part of PCB’s rehabilitation program. Umar, 31, previously paid a fine of PKR 4.2 million imposed by the Court of Arbitration for Sport (ICAS) and PCB.

“I admit today that this mistake has brought Pakistani cricket into disrepute. I apologize to Pakistan Cricket Board, my family and the people of Pakistan,” he added.

“I request all players that you be ambassadors of the game and the country. Stay away from suspicious activity. If anyone contacts you, please contact the PCB Anti-Corruption Unit to keep your feet clean,” he concluded.

On April 27, 2020, the Chairman of the Disciplinary Committee discovered Akmal responsible for two separate violations of Article 2.4.Four of the PCB Anti-Corruption Code in two unbiased incidents and issued a three-year suspension with a simultaneous ban.

In keeping with ICC Anti-Corruption Codes 2.4.Four and a pair of.4.5, gamers are required to report any corrupt practices which might be dedicated to them throughout an occasion and failure to take action is punishable by a minimal penalty of 5 years.

Akmal was suspended from the Pakistan Tremendous League (PSL) on February 2, 202 and charged with two completely different violations of the PCB s Code of Conduct.