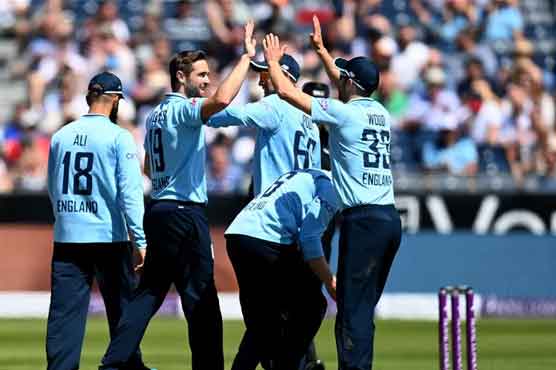 (Web Desk) – The 16-player squad that went against Sri Lanka is set to face Pakistan as England announce an unchanged group with no Jos Buttler and Ben Stokes.

Tom Banton who was the latest addition to the squad after Dawid Malan s exit from the series, has retained his position for the upcoming Pakistan ODIs.

The side also features all-rounder Liam Dawson who hasn t donned the England colours since 2018 while left-arm fast bowler George Garton is the only uncapped player in the squad. Garton will fancy his chances of making an international debut in the final ODI against Sri Lanka as the series  fate has already been sealed.

Jos Buttler and Ben Stokes are the big names set to miss the series. While Buttler is recovering from the calf injury he sustained during the T20I series against Sri Lanka, Stokes has recovered from the broken finger but will not make a return to the international arena just yet.

We are unchanged for our ODI series with Pakistan

The three-match ODI series against Pakistan will start on 8 July in Cardiff which will form an integral part of the ICC Men s Cricket World Cup Super League as England and Pakistan dominate the standings at No.1 and No.3 respectively.