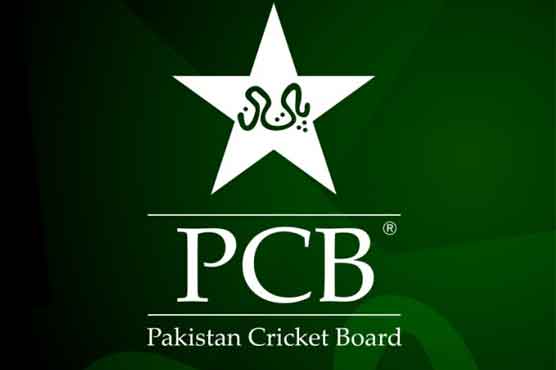 LAHORE (Dunya News) – The Board of Governors of the Pakistan Cricket Board met through a virtual conference call on Wednesday afternoon, 30 June. This was their 63rd meeting overall and the third one held this year.

Following are some of the matters that were discussed:

The BoG approved an activity-based annual budget of its 2021-22 fiscal year.

The PCB has budgeted a total spend of PKR8.997billion for its cricketing and operational activities that revolves around home and away international series by its national sides, domestic cricket operations, operational expenses of the newly formed six Cricket Associations, Pakistan Super league (PSL) and its administrative expenses.

There is an increase of roughly around PKR2billion in spends from last year. This is mainly due to the increase in international series (from nine to 16), more domestic events (from 11 to 18), retainership increase from 10 per cent to 25 per cent of both men and women cricketers, equalisation of match fee for the men’s side, an inflationary adjustment to its staff salaries, production cost of home cricketing series and Covid-19 related protocols.

The BoG congratulated the PCB management on the successful completion of the HBL PSL 6 in incredibly difficult situations as well as Multan Sultans on their maiden success under the Sheikh Zayed Cricket Stadium floodlights in Abu Dhabi.

The BoG also appreciated the support of all the six franchise owners in the delivery of one of the most popular leagues in the world as well as all the players who spent extended time in a bubble in Abu Dhabi and, in spite of the difficult circumstances, played outstanding cricket.

The BoG appreciated that the PCB’s back and front-office staff worked relentlessly to professionally and strategically overcome the continuously changing landscape that tested their operational acumen and decision-making to the limits. These skills, supported by critical decision-making, ensured the staging of the remaining 20 matches in quality playing conditions and completion of the event without any complications or surprises once the schedule was formally announced on 3 June.

The BoG observed that by delivering the remaining matches, the PCB had further contributed in enhancing and highlighting the positive and soft image of Pakistan, while also demonstrating itself as one of the most resilient cricket boards.

The BoG was informed that the PSL 7 will be staged in Pakistan and discussions with the six franchise owners to find the right window during a packed 2021-22 domestic season will commence soon. The BoG was also updated on the process that will be implemented before new commercial partners are invited to come on board for the future events.

Other updates and discussions

The BoG was informed that the PCB has submitted expression of interest for six ICC Events in the 2024-31 cycle. Of these six events, the PCB is keen to host the three-venue ICC Champions Trophy 2025 and 2029 on its own, while it has offered to host the remaining four events – two eight-venue ICC T2o World Cups 2026 and 2028, as well as the two 10-venue ICC Men’s Cricket World Cups 2027 and 2031 – in partnership with other Asian countries.

The ICC’s evaluation committee will now examine and evaluate the PCB as well as other members’ expression of interests and revert with their decision, before the second phase of the event hosting process begins in September. The PCB remains hopeful that it will earn hosting rights of, at least, one event, which, in turn, will act as a great boost to Pakistan, which last staged an ICC event in 1996.

The BoG was briefed on the engagement of Restrata and ESI, which will support the PCB in setting up bio-secure protocols and conduct security assessments, respectively during the 2021-22 season. Between September 2021 and March 2022, New Zealand, England, West Indies and Australia will tour Pakistan. The services of two leading companies will also be available for PSL 7.

The BoG noted with satisfaction that more than 93,000 cricketers from over 3,800 clubs have registered online and will now shortly go through the scrutiny and screening process before participation in grassroots cricket commences across the country.

The BoG advised the PCB to hold quarterly meetings with the Chairs of the six Cricket Association First Boards to understand the progress they are making along with any challenges being faced and finding ways to further support and assist them in becoming self-reliant and autonomous.

The PCB was updated on the workforce assessment, which is presently being carried out to make the organisation more cost-effective, while retaining its status and reputation as a highly professional, credible and efficient cricket board.