We may have found another Shoaib Akhtar in Shahnawaz Dahani: Azhar Mahmood 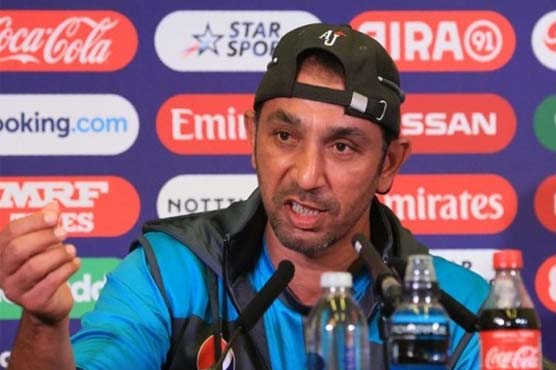 We may have found another Shoaib Akhtar in Shahnawaz Dahani: Azhar Mahmood

'He is a good learner, has a lot of energy, and is an entertainer.'

ISLAMABAD (APP) - Former Pakistani all-rounder Azhar Mahmood believes to have found another Shoaib Akhtar in pacer Shahnawaz Dahani saying the Larkana-born cricketer has the skills to become a very good asset for Pakistan in the future.

“Shahnawaz Dahani obviously has a bright future ahead of him. For someone who has just played one full first-class season so far to come to his first Pakistan Super League (PSL) and end up as the highest wicket-taker is absolutely incredible and speaks volumes about Dahani’s skills,” said Mahmood in a blogpost.

“He is a good learner, has a lot of energy, is an entertainer and is the kind of player that everyone wants in their dressing room or on the field where not only does he enjoy his own game but can lift the spirits of the team with his positive attitude and body language,” he added.

“One cannot say now that he is a complete bowler as he has more to learn but I would say that he has all the abilities and skills which tell me that he will become a very good asset for Pakistan in the future,” he said.

Azhar, who was also the bowling coach of PSL 6 Champions Multan Sultans, said Dahani definitely has the ability to bowl at good speeds but he will need to work on his line and length and learn to pitch the ball up for more success.

“One of the best qualities about Dahani’s bowling is that he can bowl inswing which is essential if you wish to take wickets. Outswing may be pleasant to the eye but remember it’s inswing which will get you more wickets as that gives the bowler many more ways of getting a batsman out,” he stated.

“So Dahani has to work on variations in his bowling, but he is improving very quickly. If you compare his bowling in the first phase of the tournament, he was bowling short and getting wickets. In the second phase, he started to pitch the ball up a bit more and we also worked on his wrist position at point of delivery which really helped him out,” said Mahmood.

“And I am not kidding when I say we may have found another Shoaib Akhtar in Shahnawaz Dahani – in terms of bowling speed and his attitude,” he wrote in his blog.