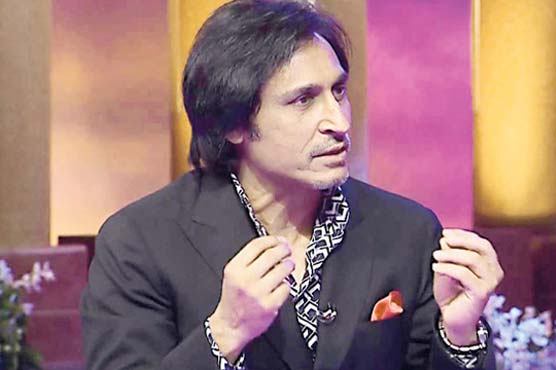 "He is a simple man but does a great job as leader."

ISLAMABAD (APP) - Former Pakistan batsman Ramiz Raja believes Multan Sultans Skipper Mohammad Rizwan has the potential to lead the national side in future saying the Peshawar-born cricketer does a great job as a leader.

Rizwan led Multan Sultans to victory over Peshawar Zalmi in the Pakistan Super League (PSL) 2021 final in Abu Dhabi on Thursday. Batting first, Multan posted a massive 206 for 4 before restricting Peshawar to only 159 for 9.

“He (Mohammad Rizwan) is a simple man but does a great job as leader and he has the potential to lead Pakistan in the future,” Raja said in a YouTube video.

Raja was of the view that Peshawar Zalmi conceded too many runs, and it was never going to be easy chasing a 200-plus score in a final.

“The only way Peshawar Zalmi could have chased down 200-plus was if (Hazratullah) Zazai had batted well. But, he failed and Peshawar Zalmi fell way short in the end,” Raja said.

Ramiz Raja pointed out that the partnership between Sohaib Maqsood (65*) and Rilee Rossouw (50 off 21) was a game-changing one in the context of the PSL 2021 final. The duo added 98 runs for the third wicket for the Multan Sultans.

“The partnership between Sohaib Maqsood and Rilee Rossouw hurt Peshawar Zalmi badly. Maqsood’s performance is good news for Pakistan team. There is a vacuum in the batting lineup, which he can fill provided he doesn’t feel the pressure. When a player makes a comeback, he has to redefine himself. He needs to enjoy his new lease of life and prove himself.”

Raja further said while praising the PSL 2021 champions said, “Multan Sultans is a young team but a gifted one. They backed their players like Maqsood and opener Shan Masood.”

“They had a young bowling attack. Imran Khan put up some very good performances. Shahnawaz Dahani was a massive success and a lot of the credit for it should go to the Multan Sultans think-tank. They showed a lot of confidence in him and were rewarded. It was a great tournament overall,” he added.

Peshawar Zalmi lost Hazratullah Zazai for just six in the chase, and despite Shoaib Malik’s 28-ball 48, they fell way short of the target as Multan Sultans were crowned champions.