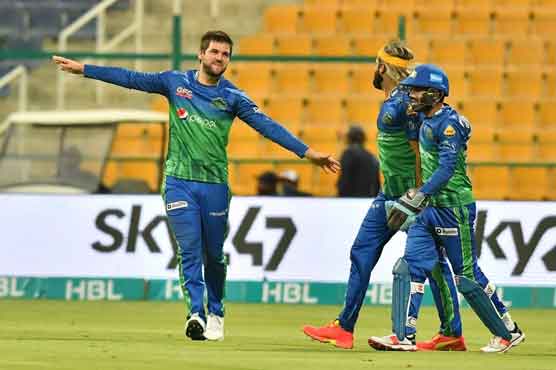 Multan Sultans had set 177-run target for the loss of five wickets in 20 overs while bating first.

Earlier Karachi Kings had decided to bowl first after winning the toss.

Two matces are being played today.

The second match will be played between Lahore Qalandars and Peshawar Zalmi. The 17th match of the mega event is scheduled to be played at 11:00 pm.

Wahab Riaz will lead Peshawar Zalmi whereas Lahore Qalandars will play under the captaincy of Sohail Akhtar.