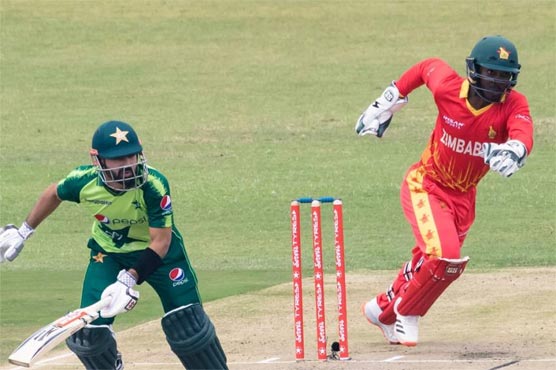 The match will begin at 02:00 PM PST as youngster Haider Ali’s inclusion in the playing XI is uncertain due to his poor form. Pakistan will once again be looking forward for another match-winning innings from Mohammad Rizwan as well as runs by skipper Babar Azam.

On the other hand, Zimbabwe will be eager to win the second contest and level the series. The hosts are also likely to undergo changes in the playing XI for the second game.

It is pertinent here to mention that Pakistan had defeated Zimbabwe by just 11 runs in the first T20I at the Harare Sports Club on Wednesday. The visitors were put into bat by Zimbabwe captain Sean Williams after he won the toss.

Pakistan stumbled to 149 runs for the loss of 7 wickets at the end of the first inning. No Pakistan batsman could make valuable contribution to the score apart from Rizwan who scored unbeaten 82 off 61 with ten fours and one six. Danish Aziz and Fakhar Zaman were the only other batsmen to enter double figures with scores of 15 and 13 respectively.

The Zimbabwean batting side put up a good fight against Pakistan, scoring 138 runs for the loss of seven wickets. The home side looked set to reach the modest target of 150 with opener Tinashe Kamunhukamwe (29) and Craig Ervine (34) at the crease before Muhammad Hafeez came to Pakistan’s rescue getting Tinashe stumped out. Leggie Usman Qadir was the pick of the bowlers for Pakistan with 3 wickets in his four-over quota.