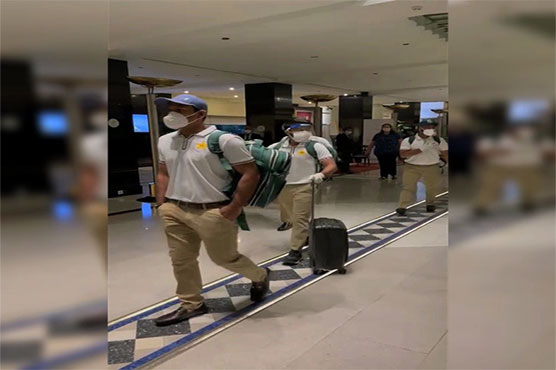 Two-match Test series between Pakistan and Zimbabwe will start from April 29.

The eleven players left for Harare via Dubai to join the team for two-test series against Zimbabwe. Pakistan will play two Test matches – from April 29 to May 3 and from May 7 to 11 – against Zimbabwe.

Meanwhile, the first Twenty20 International of the three-match series between Pakistan and Zimbabwe will be played in Harare today (Wednesday). The match will start at 2:00pm (PST).

Pakistan and Zimbabwe have played 14 T20Is against each other, with Pakistan winning all 14. Babar Azam needs 60 runs to reach 2000 T20I runs. If he gets there in any of his next six innings, he will become the fastest player to the milestone, ahead of Virat Kohli s 56 innings.