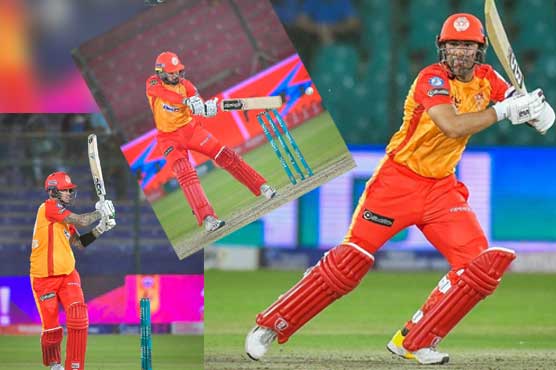 KARACHI (Dunya News) – Islamabad United recorded their second win of the HBL PSL 6 by chasing a mammoth 197 against Karachi Kings thanks to brilliant batting performances from Iftikhar Ahmed, Alex Hales and Hussain Talat at the National Stadium on Wednesday.

Sharjeel Khan’s scintillating 59-ball 105 went in vain as the Karachi Kings’ opener stroked the first century of the season and became only second in the competition’s history to post a triple-digit score for more than once.

United’s run chase had a troublesome beginning as they lost Phil Salt and captain Shadab Khan in first two overs.

But, Hales, who opened the innings with Salt, brought United back into the contest in the third over as he collected 29 runs - the most in an over in the history of the tournament – off Amir Yamin.

Hales smoked Aamer for five fours and a six as United’s run-rate got the much needed shot in the arm. After the over, United’s required run-rate surged to 14.33 and brought the required runs per over to nine and laid the platform for the run chase.

Hales – who smashed a total of eight fours and a six in his blistering 21-ball 46 – got deceived by the slower ball from left-arm fast Waqas Maqsood in the sixth over to be caught at mid-off.

All-rounder Faheem Ashraf followed Hales back in the pavilion exactly an over later after he chopped on Arshad Iqbal’s short-pitched delivery on to the stumps. Faheem made 25 off 15 and smashed two sixes and as many fours.

The pair of Iftikhar and Hussain came together with the scoreboard reading 82 for four and United 115 runs away from win with 13.3 overs remaining. They struck a crucial 96-run partnership, which steadied the ship.

Afghanistan’s Nabi – who returned economical figures of 4-0-26-1 – dried up runs and then broke the partnership in the 18th over when he trapped Hussain in front of stumps after the left-handed batsman had made 42 off 31 at the back of four fours.

With 21 runs still remaining after the departure of Hussain, Asif Ali, the new man in, went berserk and struck a huge six off the very first ball he faced. He smashed Mohammad Amir for a four before hitting a gigantic six in the penultimate over which tied the scores with an over remaining.

Asif returned undefeated on 21 off nine balls, while Iftikhar scored an unbeaten 49 off 37 balls, laced with two fours and three sixes.

Sharjeel’s blasted eight towering sixes and nine fours to help Kings post the highest total of the season. The Kings openers put a record partnership as they contributed 176 runs for the opening wicket, beating the previous best of 157 between Liam Livingstone and Babar for Kings against Multan Sultans at the Dubai Cricket Stadium in the 2019 edition.

Kings got off to a rather cautious start, as they posted 33 in the batting powerplay, with centurion Sharjeel contributing only six off 17 balls. They accelerated after the seventh over as Sharjeel hit four sixes off Shadab’s bowling, clinching 25 runs in the ninth over, which helped the left-handed batsman to switch gears.

Sharjeel brought up his second century in the HBL PSL of 55 balls, hitting Faheem Ashraf for straight six on the first ball of the 18th over.

Both openers got reprieves due to dropped catches and no-balls. In a comedy of errors, Babar was eventually run out, after he was dropped by Hales on the long on boundary, for 62 off 54 in the 19th over. Babar’s smashed six fours and a six. 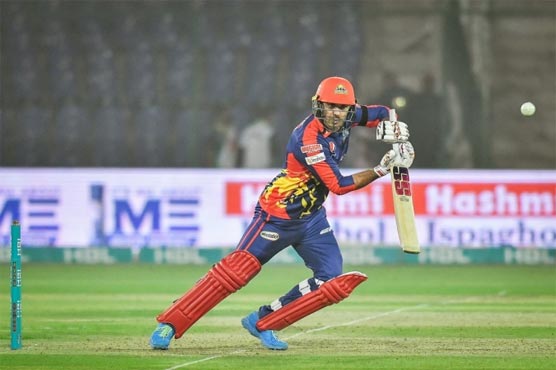 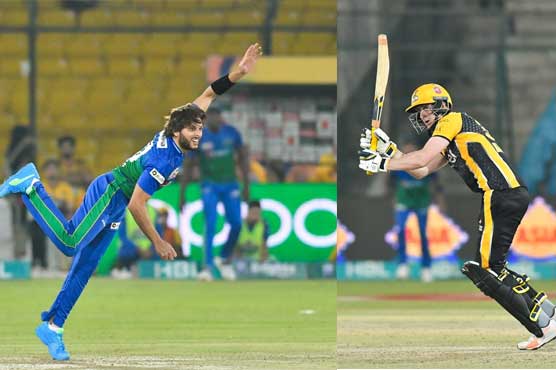 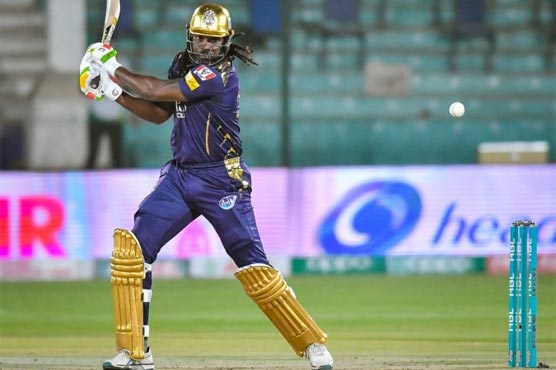 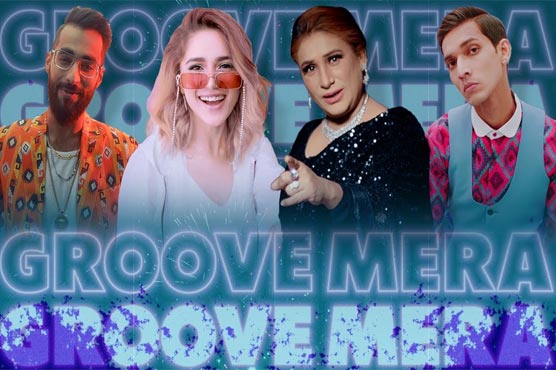