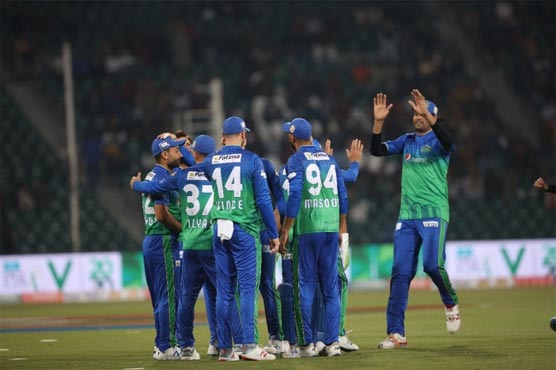 LAHORE (Dunya News) – Multan Sultans was in top form in Pakistan Super League 2020, finishing with 14 points from 10 league phase games to top the table. But the spectre of Covid-19 struck hard and derailed Multan’s momentum.

By the time the playoffs returned for action in November 2020, Multan appeared to have lost their touch and lost the Qualifier to Karachi Kings. Thereafter, they were out of the tournament after a loss in the second Eliminator to Lahore Qalandars.

The 2021 edition will see Multan making a fresh start under a new captain, current star of Pakistan cricket, wicketkeeper/batsman Mohammed Rizwan. The wicketkeeper replaces Test opener Shan Masood as the leader of the franchise.

Rizwan’s rise in the past year has resulted in him getting a bigger role in the franchise. Last year, Rizwan was benched for all but two matches by Karachi Kings. He has now silenced his critics scoring 197 runs in three T20I matches against South Africa at an average of 98.50, which includes a century and a half-century.

But does Rizwan have a squad which can actually win the title? Let us take a closer look at their line-up.

Starting with the batting line-up, it represents the best talent in the business with South Africa’s Rilee Rossouw and England’s James Vince both part of the set-up and capable to giving rapid starts.

In fact, Rossouw smashed the fastest century in the history of PSL, when he scored a hundred off just 43 balls with 10 boundaries and six sixes against Quetta Gladiators. The smiling left-hander has always been among the runs in the PSL, first for Quetta and then for Multan.

Vince, on the other hand, is currently in top form as evidenced from his smashing 95 in the Sydney Sixers’ successful title defence at this year’s Big Bash League (BBL) final. He had earlier hit 98 not out against Perth Scorchers in the Qualifier. Multan Sultans are hoping that Vince carries his form from Australia to Pakistan.

Another Englishman Adam Lyth will be there to give a robust start, but sadly this year Zeeshan Ashraf and Moeen Ali will be missing from the line-up. Australian basher Chris Lynn will more than make up for these absentees as he has shifted base from Lahore to Multan.

Pakistan pair of Khushdil Shah and Sohaib Maqsood will bolster the middle-order along with the ever-green Shahid Afridi. In fact, Afridi will also lead a varied spin department with veteran Imran Tahir and fast-rising Usman Qadir – all three leg-spinners with different skill sets which will help Sultans raise the bar in the middle overs.

The only grey area for Multan Sultans might well be in the pace bowling department. The hard-working Sohail Khan and Twenty20 specialist Sohail Tanvir lead the new ball attack with emerging pacers in Shahnawaz Dhani and Sohaibullah providing the support. Dhani has pace and can be a star for Sultans, while Imran Khan Senior has found a place only as a supplementary pick.

What really goes in favour of the Multan franchise is their head coach Andy Flower and bowling coach Azhar Mahmood are expected to provide vital inputs from the dugout.

It promises to be a moving year for the Multan Sultans under a new leader.