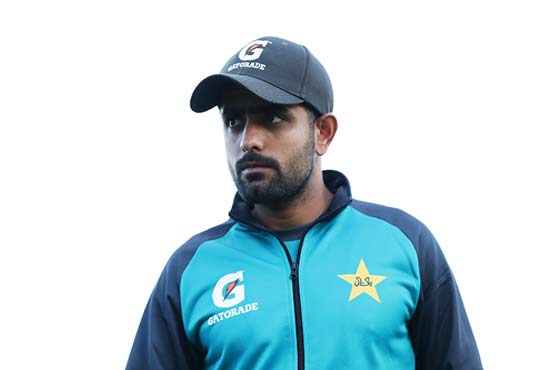 We could not have control over the match as we made minor mistakes, Babar Azam said.

LAHORE (APP):Pakistan cricket captain, Babar Azam said minor mistakes let them down in the second T20 international match against South Africa which the home side lost by six wickets here on Saturday at Gadaffi stadium.

“We could not have control over the match as we made minor mistakes as we failed to score sufficient runs in middle overs, we did not have a partnership which could lead us to a challenging total and when South Africa started the run hunt our bowling was not that effective”, he said in the post match comments.

Pakistan won the opener of three match series by three runs. The third and last match will be played tomorrow, Sunday.

Babar said his teams total was not that good which could have posed a serious threat to the opponents and they will be looking into the gray areas of the match to come up with a better match plan in Sundays game to produce desired result.
To a question he said the wicket was similar to the first game and there was nothing change in the wicket.

“Still one game is left and definitely we will be working on a plan which could help us in performing better and we will be going all out to win it”, he said.

South African captain Heinrich Klaasen expressed his delight over his teams performance and said they executed their match plan in a good way to get the victory.

“In today’s game we worked hard to overcome Pak teams domination of spin bowling and our batsmen had that point in their mind and performed better”, he said.

He praised the performance of man of the match, Dwine Pretorius (five wickets for 17 runs) and superb batting of Reeze Hendricks (42 off 32 balls) which led them to success in the match. “Things worked out well for us the way we planned and I am pleased to see my team achieving victory”, said the touring captain adding “Overall our performance was good in the math, Sunday is a big ahead of us and we have to win it with a similar performance which we put up in today’s match”.

Dwine Pretorius expressed his delight for snapping up five wickets haul for just 17 runs, his career best performance so far.

“It was a good game for us as we followed up our plans accordingly and attained success”, he said adding “I bowled with good line and length the way it was needed according to the need of time and I executed my bowling plan well and I am happy to get five wickets and seeing my team winning.”

He said his team lost the opener after getting close to victory and lost by three runs and today their match plans proved good enough to help them strike a win.

He termed the third and decisive match “final” and said it is a very important game for them and they will be going all out to win it.