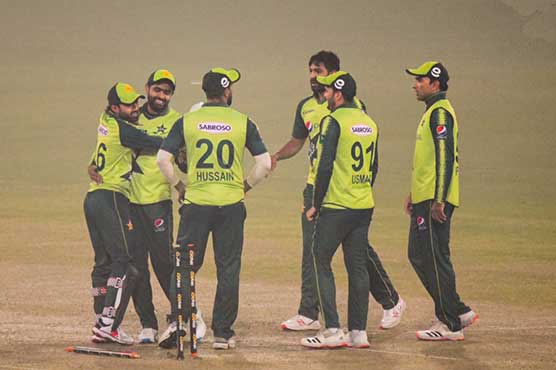 Victory put Pakistan 1-0 up in the three-game series

Victory put Pakistan 1-0 up in the three-game series and maintains their winning streak.

Rizwan finished with 64-ball 104 not out comprising of six boundaries and seven sixes after South Africa won the toss and sent Pakistan in to bat at Gaddafi stadium.

Rizwan hit pacer Andile Phehlukwayo for his seventh hit over the boundary to become only the second Pakistani batsman to score a Twenty20 International hundred.

Ahmed Shehzad had hit a T20I hundred for Pakistan against Bangladesh in the Twenty20 World Cup in Dhaka in 2014. Haider Ali was the other main run getter with 21.

Andile Phehlukwayo was the pick of South African bowlers with 2-33. Earlier, South Africa had won the toss and invited the hosts to play first.