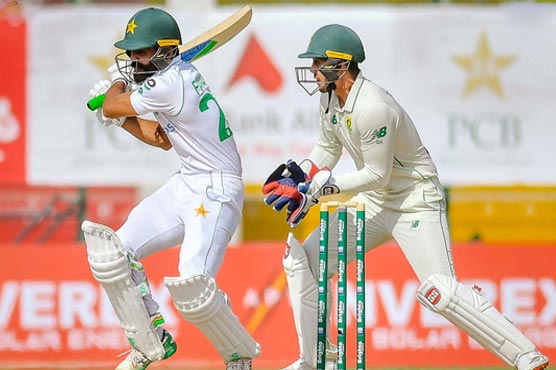 KARACHI (Dunya News) – South Africa dismissed Pakistan on 378 runs on day three in the first Test match at the National Stadium Karachi (NSK) as the hosts took a 158-run lead.

Hasan Ali and Nauman Ali resumed the day for Pakistan on 11 and 6 respectively. Kagiso Rabada dismissed Hasan Ali on 21 and took his Test wickets tally to 200. Nauman Ali (24) was the last Pakistan batsman to be dismissed. He was removed by Keshav Maharaj. Yasir Shah remained unbeaten on 38.

Fawad Alam helped Pakistan in taking a useful lead by scoring wonderful century on day two. He registered 109 in almost six hours, lifting the team from a precarious overnight total of 33-4.

Azhar Ali and Faheem Ashraf also weighed in with half-centuries after bowling South Africa out for 220 on the first day.

Just four wickets fell on the second day which was in stark contrast to the opening when 14 wickets tumbled on the grassless pitch. It would have been different had South Africa not dropped four catches.

Fawad, relishing his first Test at his home ground, added 102 runs for the seventh wicket with Faheem who cracked a relatively rapid 64 from 84 balls.

Resuming on five and with Pakistan in serious trouble, Fawad led the recovery with an invaluable 94-run stand for the fifth wicket with Azhar, who played within himself for three hours 40 minutes for his 51.

Fawad added another 55 for the sixth wicket with Mohammad Rizwan who made a counter-attacking before edging Lungo Ngidi to Faf du Plessis at first slip.

Shortly after tea, Fawad opened his shoulders to hit a flighted delivery from spinner Keshav Maharaj for a six over long-on which brought up his third Test century in just his eighth Test.

“It was my dream to score a hundred at home and what better time to do it then when the team was in a difficult situation,” said Fawad, who now has 38 hundreds in first class cricket.

“Azhar and I decided that we should bat long and take the total as close to South Africa as possible and I am happy that we have done close to that.”

He was finally caught at mid-wicket off Ngidi after batting for six minutes under six hours, hitting nine boundaries and two sixes.

Fawad’s ton marked yet another remarkable milestone following a gutsy century against New Zealand in his return to international cricket. After making a debut hundred in Sri Lanka in 2009, Fawad played just twice more that year before being dropped -- for 10 years and 259 days.

Ashraf’s entertaining 64, which included nine boundaries, ended in unorthodox fashion when he jammed down on a yorker from Anrich Nortje only to see the ball backspin into his stumps. 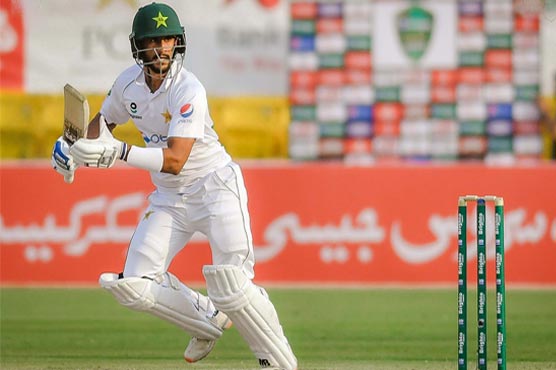 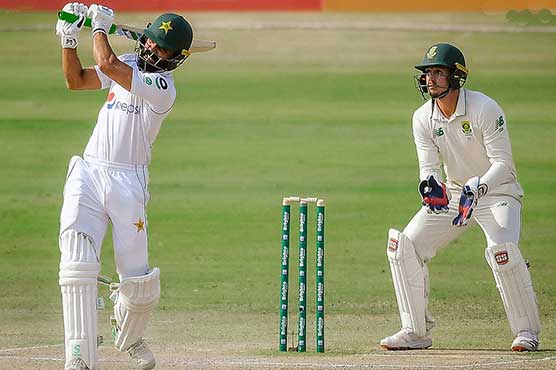 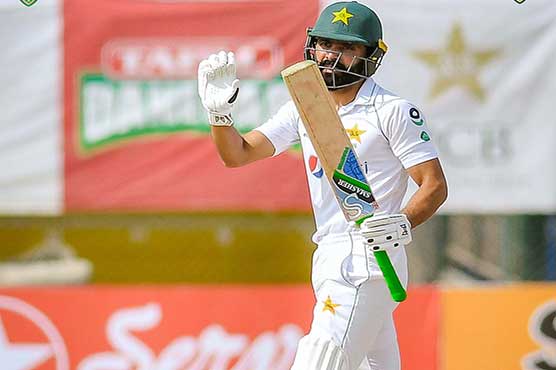 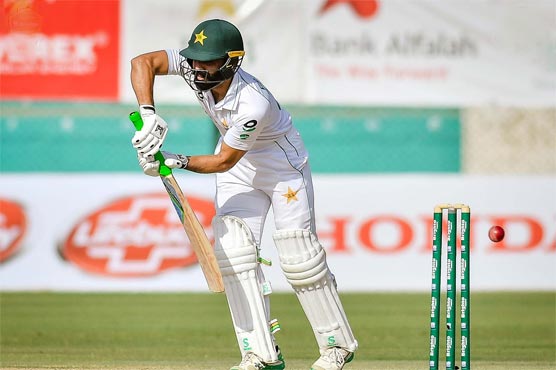