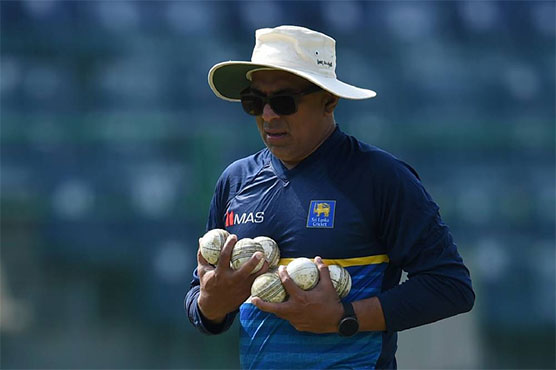 Hathurusingha and his assistants would be fired after Sri Lanka's ODI series against Bangladesh.

Sports minister Harin Fernando has ordered the coaches "should go after the Bangladesh tournament," the official said, adding that Fernando had wanted to make the changes before the World Cup.

Under-pressure Hathurusingha had insisted last week he would stay to see out his contract.

"I have another 16 months," he told reporters after returning to Colombo from the tournament where Sri Lanka finished a disappointing sixth. "I hope to remain until my contract runs out."

Hathurusingha also acknowledged that team management had to "accept responsibility for what happened."

Bangladesh arrive in Sri Lanka on Saturday to become the first foreign sports team to visit the island since the April 21 suicide bombings that killed 258 people.

The series starts on July 26 and ends on August 1 at the Premadasa Stadium in Colombo.

The contracts of fielding coach Steve Rixon, batting coach Jon Lewis and fast bowling coach Rumesh Ratnayake will also not be renewed when they end, according to Sri Lanka Cricket officials.

Sri Lanka cricket was in crisis when Hathurusingha was appointed in December 2017, after a successful three-year spell in charge of Bangladesh.

They had just been hammered in Tests by India at home and away, and played poorly in one-day internationals. Under Hathurusingha, Sri Lanka notched up Test wins against England and Australia.