ABU DHABI (Agencies) – Quetta Gladiators registered an easy 43-run victory over Islamabad United in the 26th match of the Pakistan Super League (PSL) 2019 at the Sheikh Zayed Stadium in Abu Dhabi on Tuesday.

Quetta Gladiators sealed their place in the top two with a crushing 43-run win over Islamabad United, leaving the scrap for the final two qualification places wide open. 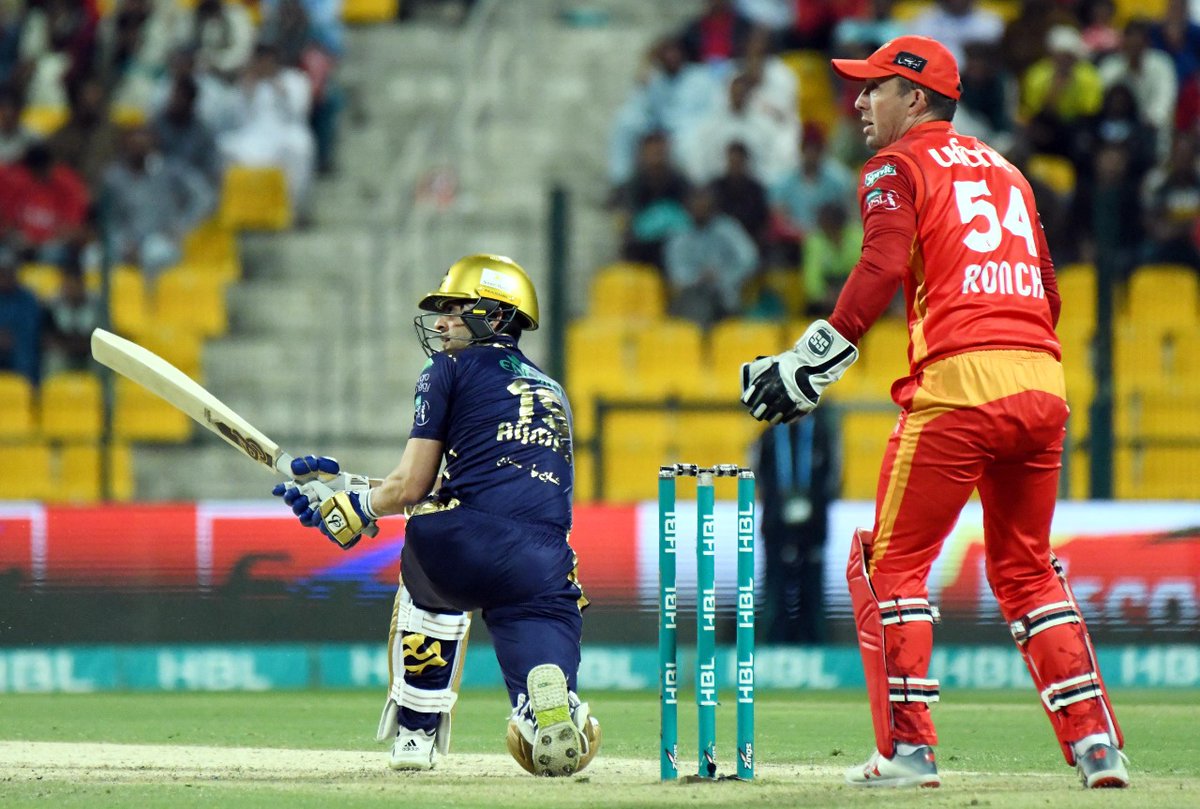 Put in to bat after losing the toss, they dispelled the notion they could only win a game while chasing. Ahmed Shehzad led the way in an innings expertly paced right up till the last two overs, his 46-ball 73 keeping Quetta on track for a total even a Luke Ronchi-led Islamabad would struggle to hunt down.

Shane Watson s cameo had got the side off to a flyer, Umar Akmal s breezy stay at the crease kept Quetta chugging along, and even a remarkable collapse towards the close couldn t prevent them from reaching a daunting 180. 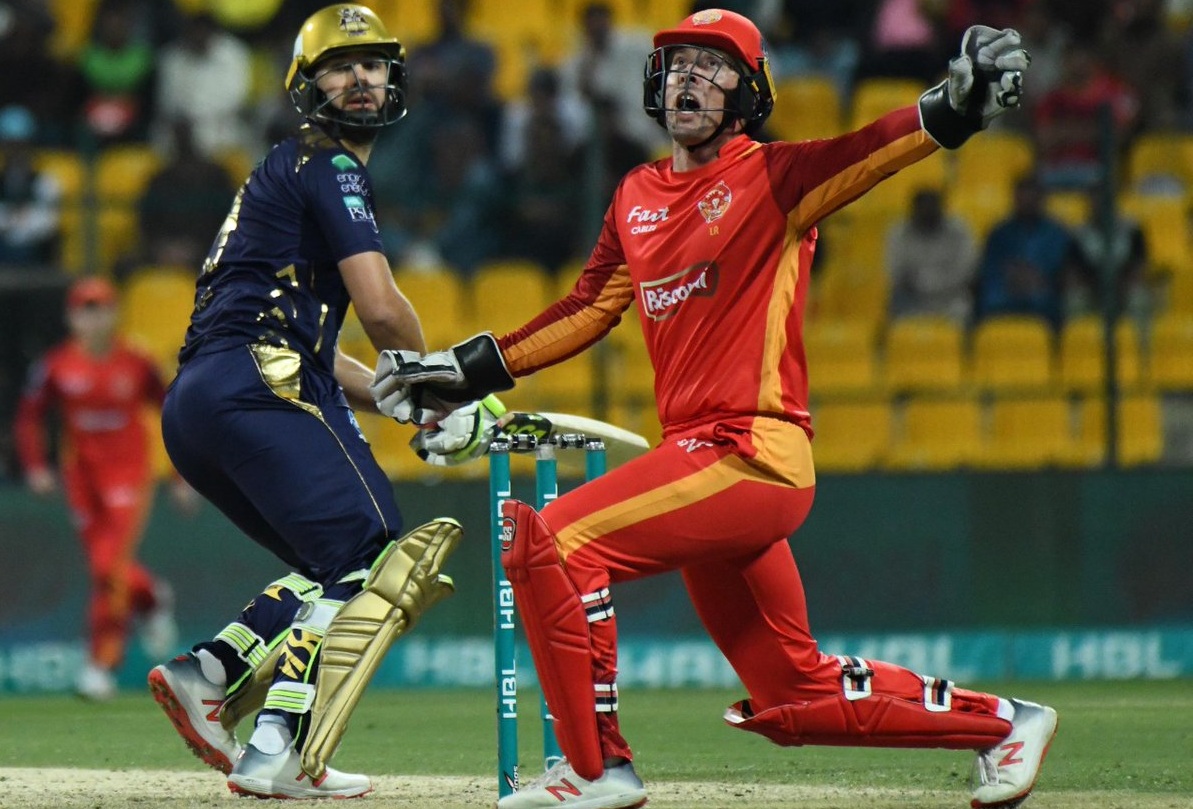 Ronchi did score 64 off 43 in response, but Islamabad weren t quite as devastating in the Powerplay as they have been before. Sohail Tanvir and Mohammad Nawaz kept them gagged during the Powerplay, and when they were threatening to cut loose, Fawad Ahmed came in for a devastatingly masterful display of spin bowling to gut the Islamabad top order. In Mohammad Hasnain and Dwayne Bravo, Quetta had more than enough skill to keep Islamabad well away from an ever-rising asking rate.

It leaves Islamabad sweating ahead of the playoffs, with the loss as well as the margin of defeat doing little to help their chances.

After a sluggish Powerplay, Islamabad had begun to establish a foothold in the chase. By the end of the eighth over, they had reached 61 without losing a wicket, having scored 32 off the past three. But an over from Fawad changed all that.

The wickets of Cameron Delport and Phil Salt within four balls hugely dented Islamabad s chances, and Nawaz struck to dispatch the dangerous Asif Ali for a duck the next over.

With a strike-rate close to 170 this season and an average over 33 until today, Asif Ali was always going to be pivotal to Islamabad s chances if they were to chase what was a well-above par Quetta total. He had scored a 27-ball 36 the last time these two had faced off, and with Ronchi at the other end, this had to be the partnership to catch up with an asking rate that was nearer 12 than 11 by the tenth over. But he was out second ball; a stunning delivery from Nawaz. 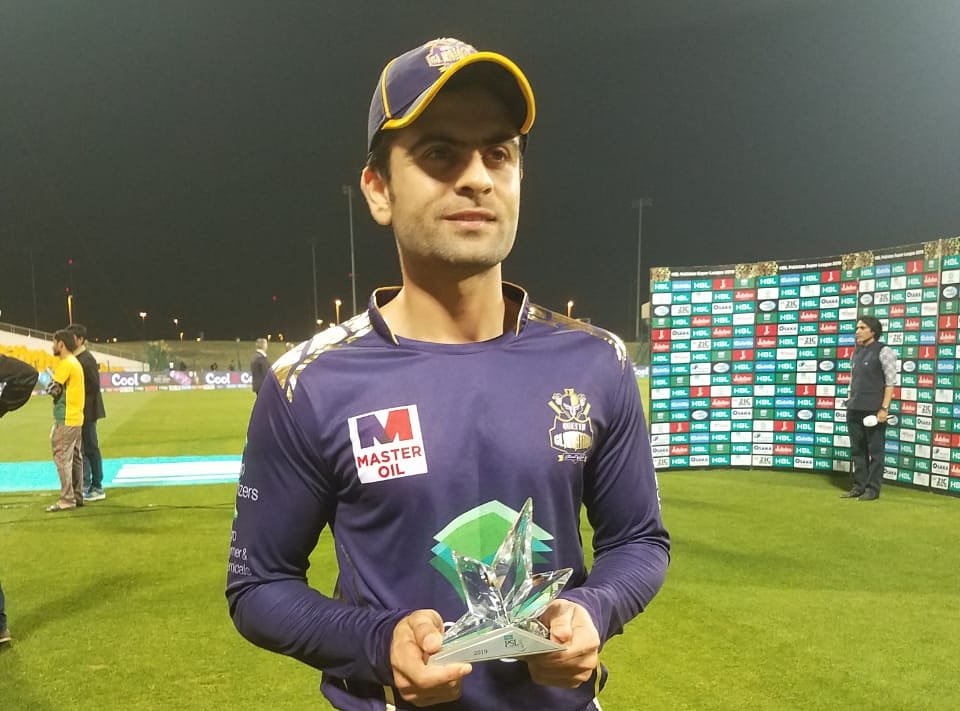 The dew might have been overbearing today, but Nawaz lander one on middle stump, and as Asif stepped forward to meet it, it gripped and spun away. It caught the outside of off stump, leaving just about everyone bamboozled. For Islamabad, the problem would amount to more than momentary confusion.

The win guarantees Quetta a spot in the top two come playoff time, which means they will get two chances to qualify for the PSL final. Islamabad, with four wins in nine, continue two compete for one of two qualification places with Karachi and Lahore.