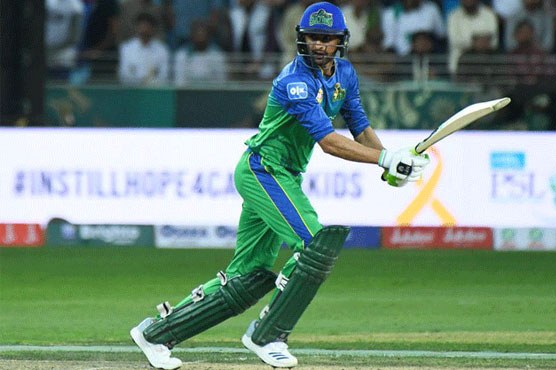 Shoaib Malik XI are confident to get even with Darren Sammy XI.

Sultans got off to a red-hot start reaching 65 for 1 in the Powerplay, after being sent in, and continued to cruise behind Johnson Charles  26-ball half-century. But after Charles fell in the 13th at 114 for 2, there was no finishing kick.

The hard hitting Trinidadian stole the show during his 27-ball 52 not out laced with five sixes and a single boundary to help Peshawar overhaul a daunting 173-run target to push Multan Sultans in the relegation zone in the league.

By comparison, Zalmi had a much slower start but paced their chase well. Amin played the anchor role in a 50-run third-wicket stand with Imam-Ul-Haq before continuing to play second fiddle to Pollard in their unbeaten 91-run stand. His seventh four in a 37-ball 54 ensured Zalmi got across the line with four balls to spare.

Zalmi had defeated Sultans in the first round of the league by five wickets. Shoaib Malik XI are confident to get even with Darren Sammy XI.

Lahore Qalandars will face Karachi Kings at the same venue at 09:00 PM (PST). Qalandars had downed Kings in their first round meeting by 22 runs.