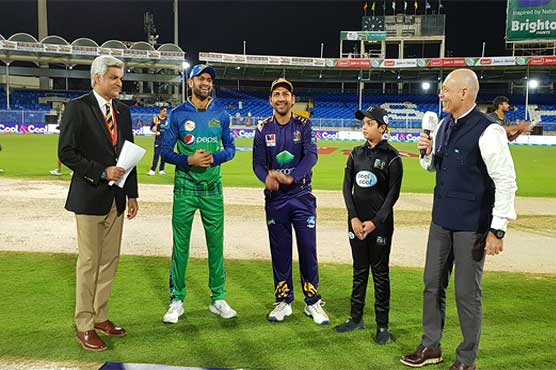 Earlier, Quetta Gladiators have won the toss and elected to field first against Multan Sultans. 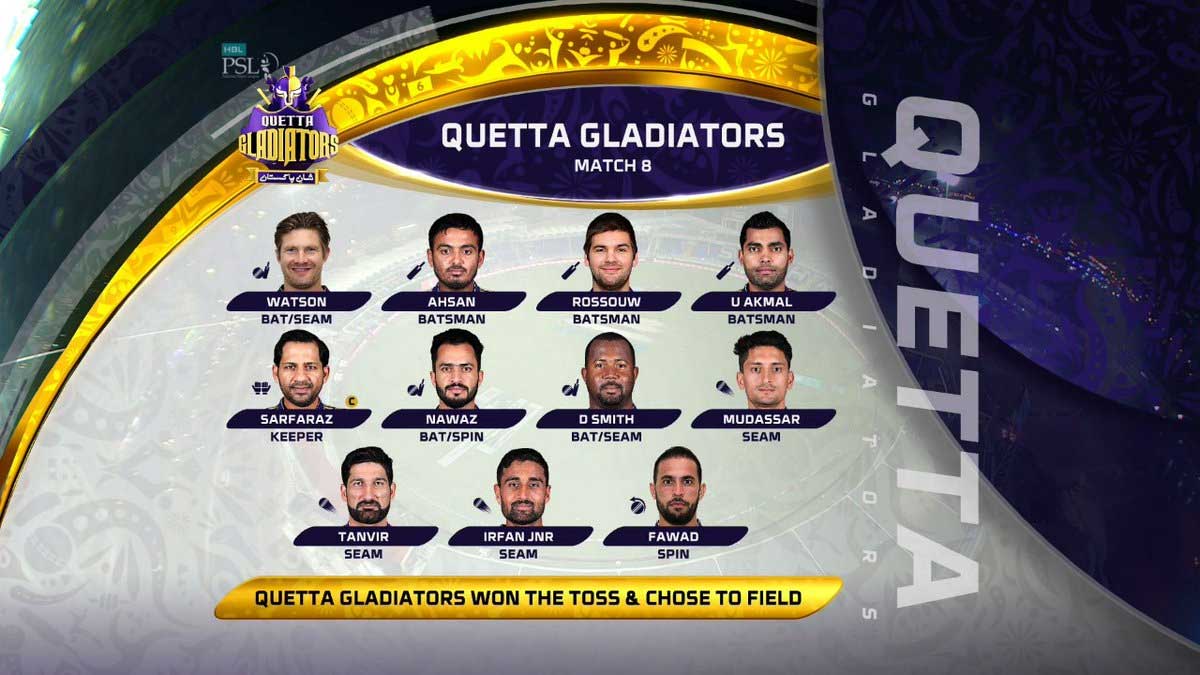 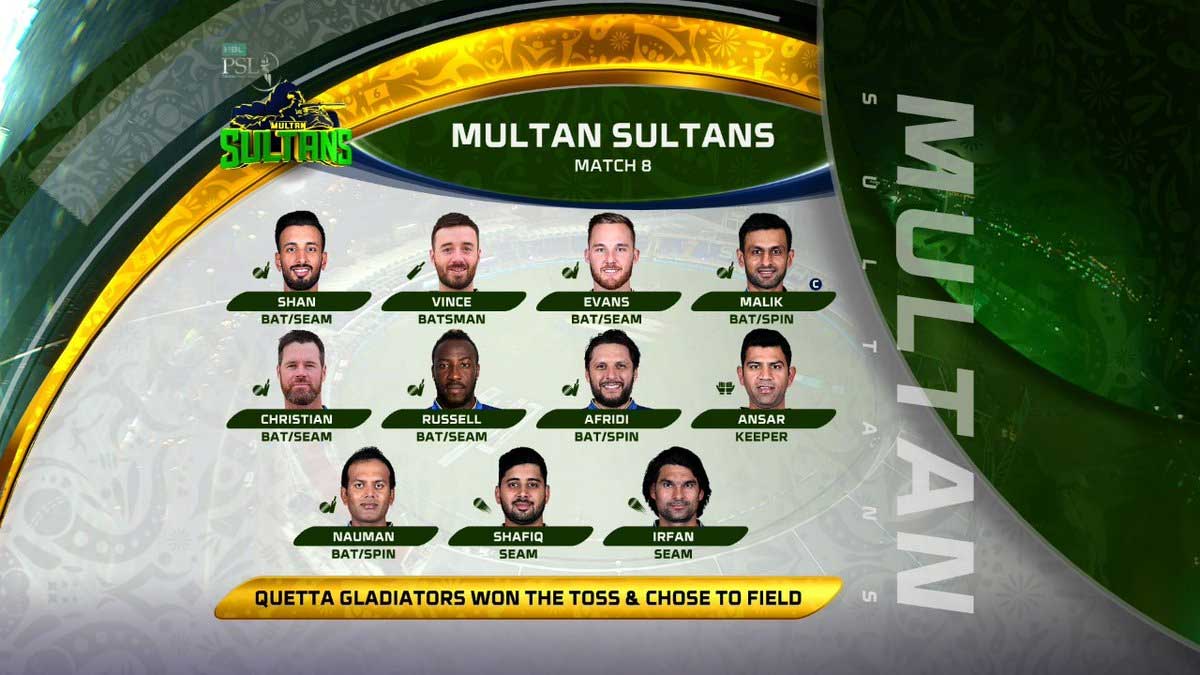 Eight games will be played in Sharjah till February 24. High-scoring contests are expected at the venue owing to batting-friendly pitch.

Mohammad Irfan, Junaid Khan and other young bowlers will lead Multan’s pace attack and have finalized their strategies.

On the other hand, Quetta Gladiators skipper Sarfraz Ahmed is hopeful to continue their undefeated run in the league.

The spectators are excited to see power-hitting by Quetta’s Umar Akmal and Shane Watson. Akmal is also the leading run-scorer of the tournament at the moment with 119 runs in two games.

It is pertinent here to mention that Quetta Gladiators (4 points) are at the top of the points table after winning two games out of two. Multan Sultans (2 points) played two matches and managed to win just one.

The first phase of the PSL 4 was played in Dubai from February 14 to 17.