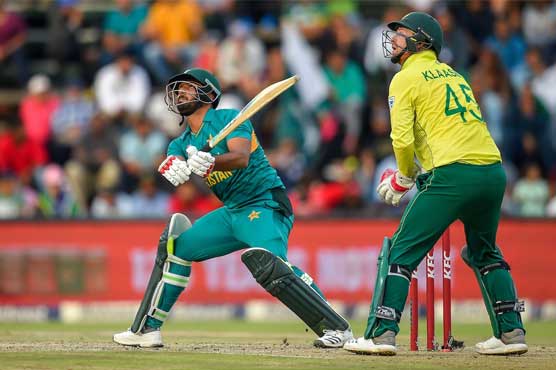 (Web Desk) – Pakistan have set victory target of 169 runs for South Africa in the third and last T20I at Centurion.

Earlier, South Africa have won the toss and elected to field first against Pakistan in the Third and last T-20 at Centurion.

The Proteas have already won first two encounters by six and seven runs respectively. On the other hand, the Green Shirts are eager to end the South Africa tour on a positive note by winning the last match.

The visitors have finalized their planning for the final T20I. Batting, bowling and fielding sessions were conducted, and players were briefed by the coaching staff to win the psychological battle.

"You generally want to chase here," said South African captain David Miller, who said the hosts would field the same team that won the second match in Johannesburg on Sunday.

Pakistan captain Shoaib Malik said he wanted to bat if he had won the toss. "We want to end our tour on a high note," he said.

Pakistan made two changes, with Faheem Ashraf and Mohammad Amir returning at the expense of Hasan Ali and Usman Shinwari.

Pakistan are seeking a consolation win after losing the first two matches of the series.