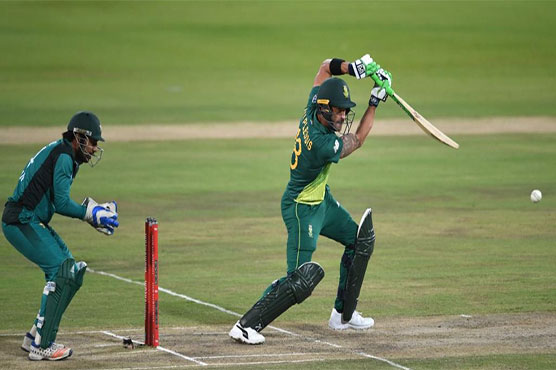 South Africa beat Pakistan by 13 runs according to Duckworth/Lewis/Stern method in the third ODI.

CENTURION (AFP) - Imam-ul-Haq hit a century -- and delivered a message to his critics -- but could not prevent South Africa from winning a rain-hit third one-day international at SuperSport Park on Friday.

Imam s 101 spurred Pakistan to an imposing 317 for six but South Africa won by 13 runs according to the Duckworth/Lewis/Stern method after rain twice stopped play during their reply.

When the second interruption brought the match to an end, South Africa were 187 for two after 33 overs, ahead of the DLS par of 174, with Reeza Hendricks and captain Faf du Plessis unbeaten on 83 and 40 respectively.

Imam had strong words for what he said were his critics after making his fifth century in his 19th one-day international.

As he took the single which took him to his hundred he pointed to his mouth as his lips moved vigorously, then put a finger to his lips.

He was out two balls later, caught in the deep.

Asked about his gesture in an interview with SuperSport television at the end of the innings, he laughed and said: "Everybody knows I am the nephew of the chief selector (Inzamam-ul-Haq) and that was a message to all the Pakistan media and all the Pakistan people who criticise me."

The left-handed Imam shared partnerships of 132 for the second wicket with Babar Azam (69) and 84 for the third wicket with Mohammad Hafeez (52).

Imad Wasim finished the innings with a flourish with an unbeaten 43 off 23 balls, putting on 52 off 31 balls with Shoaib Malik (31) for the fifth wicket.

South Africa had a poor day in the field, dropping five catches, including lives to all five of the Pakistan top scorers.

There were 12 wides in the innings as South Africa needed more than 20 minutes more than the allotted time to bowl their 50 overs.

Andile Phehlukwayo and Tabraiz Shamsi, the two most successful bowlers in South Africa s win in the second match in Durban on Tuesday, conceded a combined 146 runs in 19 overs for the wicket of Imam, caught off Shamsi.

Quinton de Kock and Hashim Amla gave South Africa a brisk start, putting on 53 for the first wicket. With a thunderstorm approaching, both were dismissed before the first rain delay at 88 for two after 16.5 overs.

Play resumed after a 55-minute break with the target remaining 318 in 50 overs.

Man of the match Hendricks and Du Plessis batted aggressively while the Pakistan bowlers and fielders struggled in damp conditions. More rain started to fall and eventually caused the match to be abandoned.

Pakistan captain Sarfraz Ahmed said he believed Pakistan had made a "good score".

However, he refused to use the rain as an excuse for what he said was a disappointing bowling performance.

Du Plessis said: "We were below par with the ball. We were a bit flat. But the nice thing is we have guys who are putting their hands up. We want to see how guys perform under pressure." 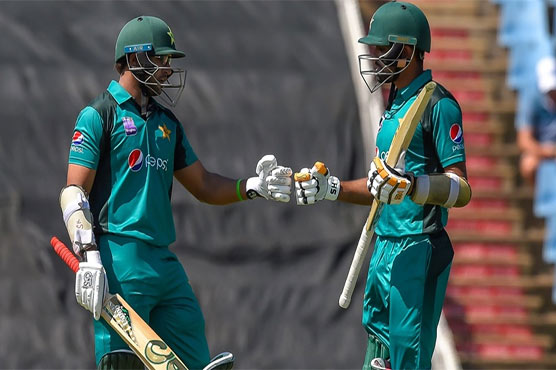 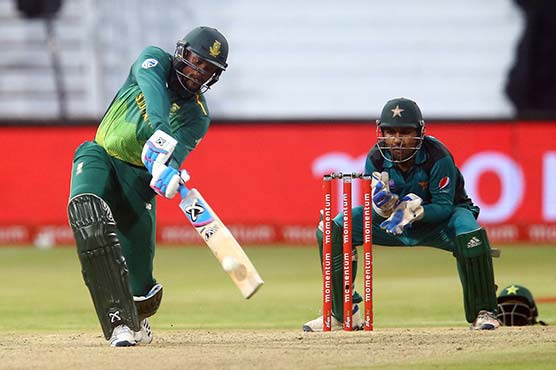 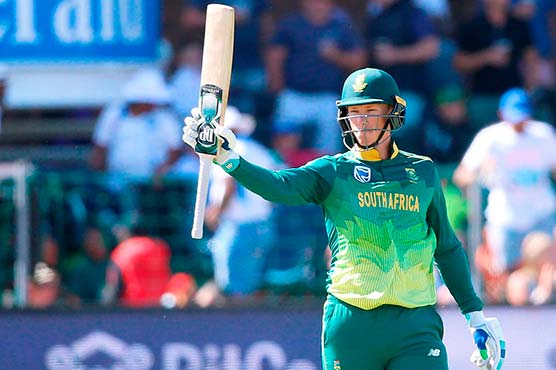