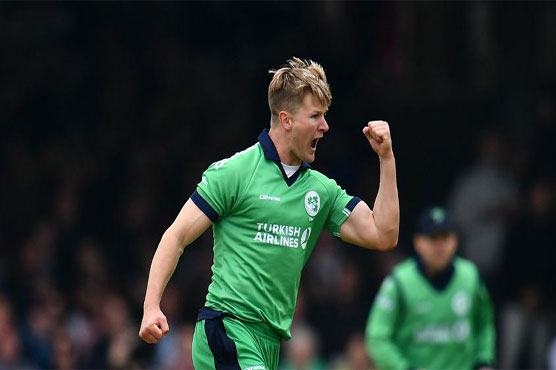 Ireland beat Afghanistan by 51 runs in the second ODI played in Sharjah on Thursday.

Stirling s 96-ball 82 and 62 not out by George Dockrell helped Ireland put a figthing 271-9 in their 50 overs before they bowled out Afghanistan for 220 in 45.2 overs in the second one day international.

Medium pacer Barry McCarthy finished with a career best 5-46 as only opener Javed Ahmadi could offer any resistance with a patient 67-ball 48.

Afghanistan won the first match by 138 runs. The third and final match is also in Sharjah on Sunday.

The series serves as a preparation for both the teams for the Wold Cup 2019 qualifiers to be held in Zimbabwe in March next year.

Chasing a big total none of the Afghanistan batsmen capitalised on good starts with Rahmat Shah (32), Mohammad Nabi (29) and Nasir Jamal (25) also losing wickets after getting well set.

McCarthy, whose previous best of 4-59 also came against Afghanistan at Belfast last year, sparked a collapse which saw Afghanistan lose their last six wickets for a mere 38 runs.

Ireland were put on the track of a solid total by Stirling who put 115 for the opening stand with skipper William Porterfield (47) -- a new record against Afghanistan, beating 113 Stirling and Ed Joyce put in Noida (Delhi, India) earlier this year.

Dockrell gave the late order lift to the innings with a 48-ball 62 not out spiced with seven fours and a six.