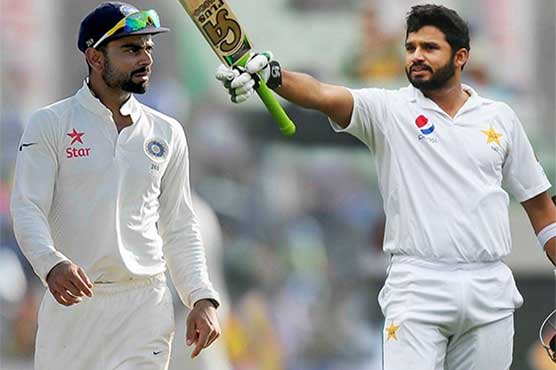 No Pakistan player is in the list of top ten bowlers.

DUBAI (Web Desk) – Right-hand batsman Azhar Ali has maintained his eighth position in the latest ICC Test rankings for batsmen, but no Pakistan player is in the list of top ten bowlers.

According to the ICC media release, India captain Virat Kohli has moved up three places to grab second position among batsmen in the MRF Tyres ICC Test Player Rankings, after registering his career-best score in the third and final Test against Sri Lanka, which ended in a draw in New Delhi on Wednesday.

Kohli’s first-innings knock of 243 was followed with 50 as he finished with 610 runs in the series, which India won 1-0. Kohli, who slammed back-to-back double-centuries and recorded three-figure scores in three consecutive matches, started the series in sixth position but has leapfrogged David Warner, Cheteshwar Pujara, Kane Williamson and Joe Root after the stupendous run which saw him average 152.50. 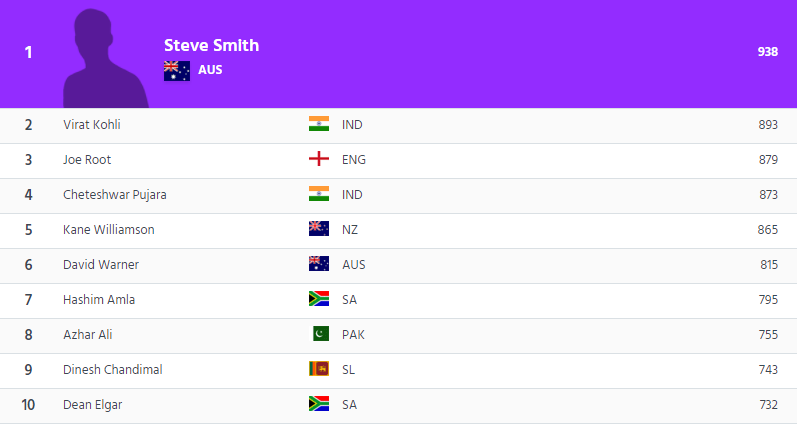 Though 45 points separate him from Australia captain Steve Smith, Kohli would be eyeing the chance of reaching the zenith in all three formats since he is the current No. 1 in ODIs and T20Is. Smith though has been in a different league and last week reached 941 points, the joint fifth-highest in terms of the highest points tally in batting history in Tests. Smith is now on 938 points while Kohli is on 893 points.

In the latest rankings, which also take into account the second Test between Australia and England in Adelaide which the home side won by 120 runs, and the first Test in Wellington in which New Zealand defeated the Windies by an innings and 67 runs, opener Murali Vijay (up three places to 25th) and middle-order batsman Rohit Sharma (up six places to 40th) are the other India batsmen to move up.

For Sri Lanka, captain Dinesh Chandimal has gained eight places to take ninth position after finishing the series with 366 runs, the first time he has moved into the top 10. All-rounder Angelo Mathews has moved up seven places to 23rd position after scoring 111 in the first innings while Dhananjaya de Silva’s match-saving 119 in the second innings has lifted him nine places to 47th position. 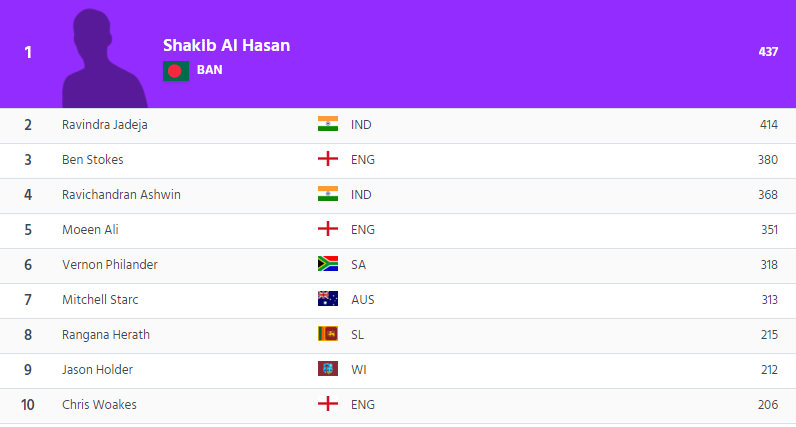 For Australia, left-hander Shaun Marsh’s unbeaten 126 in the first Test in Adelaide has lifted him six places to a career-best 27th position while pace bowlers Mitchell Starc (up two places to eighth) and Pat Cummins (up two places to 43rd) are the others to move up.

England captain Joe Root has retained his third spot after scores of nine and 67 in Adelaide and Mark Stoneman has gained 18 slots to take 83rd position. Chris Woakes has moved up five places among bowlers to reach 28th position after finishing with five wickets in the match. 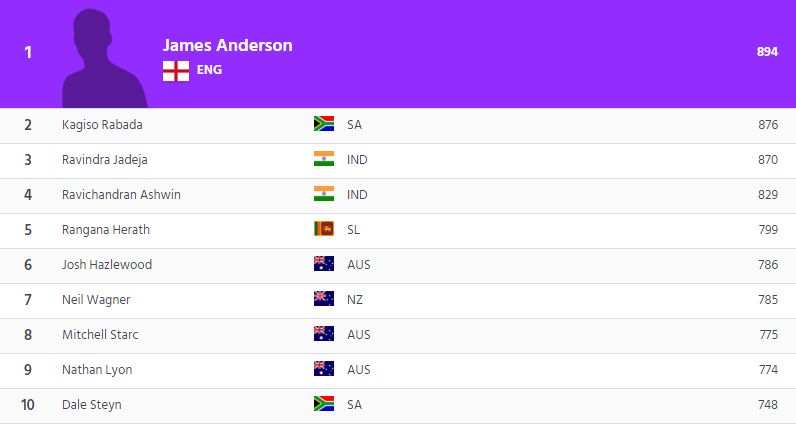 For the Windies, opener Kraigg Brathwaite has gained two slots to reach 17th position while Kemar Roach (up three places to 20th) and Miguel Cummins (up four places to 77th) are among the main gainers.

In the MRF Tyres ICC Test Team Rankings, India has lost one point but remains well ahead of South Africa at the top of the rankings, while Sri Lanka remains on its pre-series tally of 94 points in sixth place followed by Pakistan (88 points).