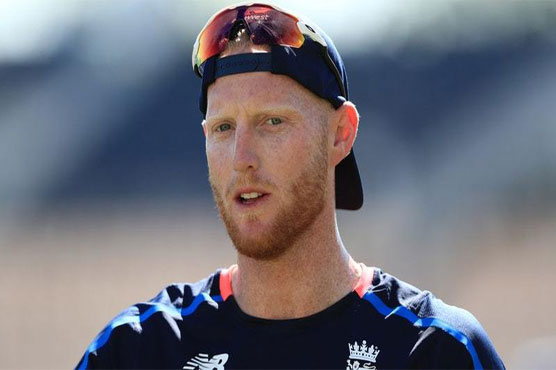 British detectives have passed Stokes file to Crown Prosecution Service for a decision on charging.

LONDON (AFP) - British detectives investigating an incident outside a nightclub involving cricketer Ben Stokes have passed a file to the Crown Prosecution Service for a decision on charging.

The 26-year-old Durham all-rounder -- who is suspended from playing for England by the ECB -- is currently in New Zealand after flying to Christchurch to see his extended family.

"We are now in a position to provide an update on our investigation into a disorder in Bristol which happened during the early hours of Monday September 25," Avon and Somerset Police said in a statement.

"A 27-year-old man suffered a fractured eye socket in the incident on Queens Road, Clifton.

"A 26-year-old man was arrested on suspicion of causing actual bodily harm and was later released under investigation. Three other men, aged 26, 27 and 28, have all voluntarily attended police stations for interview.

"Today we have passed a file to the Crown Prosecution Service and are now seeking charging advice."

The fiery allrounder was tight-lipped after touching down in Christchurch, where he hopes to play first-class cricket for Canterbury in New Zealand s domestic one-day competition.

His stint with the New Zealand side is widely seen as an attempt to stay match-fit if Stokes receives the call to travel to Australia and bolster an England side reeling from a 10-wicket defeat in the first Ashes Test.

Britain s Telegraph newspaper reported that England had contingency plans to fast-track Stokes back into the Ashes squad within 48 hours if police decide not to charge him over the fracas.

That could see him play in the Third Test in Perth starting December 14.

Stokes was born in New Zealand but moved to England as a child when his father Gerard, a former rugby league international, took a coaching role.

Both his parents have since moved back to Christchurch.

The ECB has emphasised that Stokes is on a private trip that had not been set up by the organisation.