The match started at 10:00 AM at the Younas Khan Stadium in Miranshah.

NORTH WAZIRISTAN (Dunya News) – Pakistan XI have Thursday beaten UK Media XI by a huge margin of 133 runs in the Twenty20 game of the Peace Cup.

UK Media XI had won the toss and decided to bowl first. Pakistan XI scored a mammoth total of 253 runs for the loss of just one wicket in their limited quota of overs. In reply, UK Media XI could only score 120/7.

20 overs completed, UK Media XI manages to score only 120 runs for the loss of seven wickets, lossing the game by 133 runs.

Hundred up for UK Media XI for the loss of four wickets in 15.4 overs.

Inzamam-ul-Haq picks up a wicket. Three batsmen back in pavilion.

Crowd puller Shahid Afridi comes in the middle after Kamran Akmal retires, spectators on their feet as Afridi treats them with a six!

Yasir Hameed out in sixth over!

Pakistan XI: 50/0, good opening stand provided by both openers with a bit of luck.

Kamran Akmal and Yasir Hameed in the middle to open the innings.

The match started at 10:00 AM (PST) at the Younas Khan Stadium in Miranshah, and the likes of Younis Khan, Shahid Afridi, Kamran Akmal, Junaid Khan and Umar Gul are participating in it.

Have a look at both teams 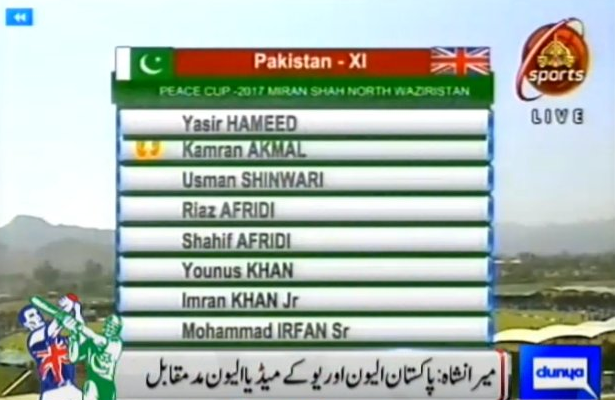 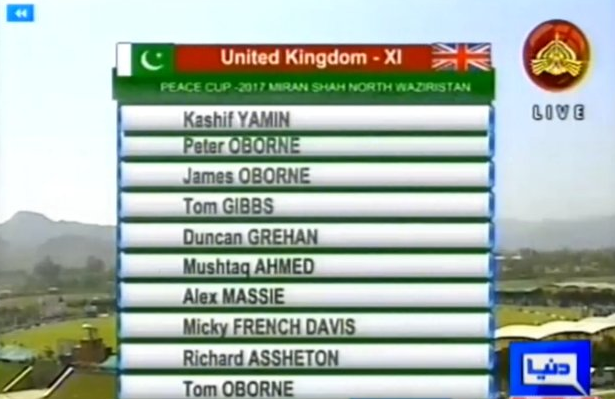 The National anthem of Pakistan was played before the start of the game. Pakistan chief selector Inzamam-ul-Haq, former cricketers Mushtaq Ahmed, Riaz Afridi and Wajahatullah Wasti are present at the occasion as well. 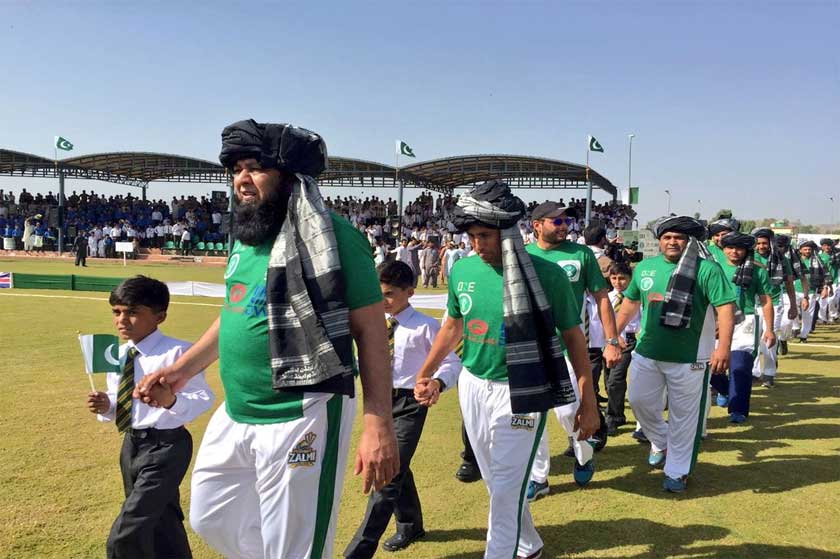 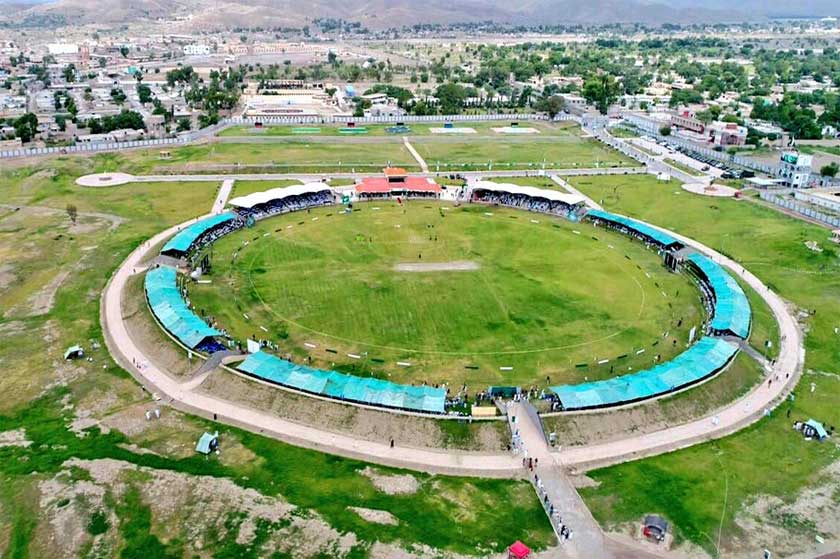 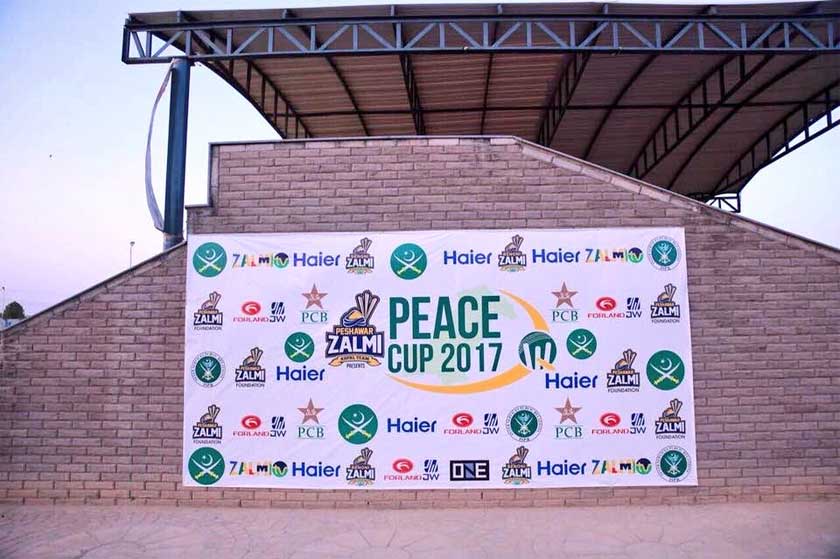 Director-General (DG) Inter-Services Public Relation (ISPR) Major General Asif Ghafoor, who is also present at the stadium along with Corps Commander Peshawar Let-General Nazir Ahmad Butt, had announced to hold the match in his tweet on Wednesday.

Major General Asif Ghafoor had said in his message that the match will be telecasted live from Miranshah, and peace and prosperity is our destiny.