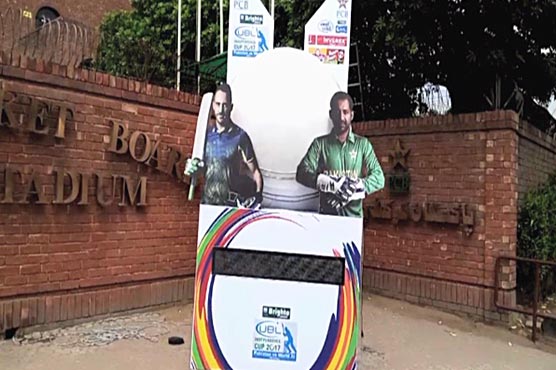 LAHORE (Dunya News) – Pakistan Cricket Board (PCB) decided on Wednesday to roll out the tickets of thrilling three-match T20 series between Pakistan and World XI from September 1.

PCB Chairman Najam Sethi was earlier briefed about the ticket prices in a summary. It was told that the tickets will range from prices between Rs 500 to Rs 6,000. Anyone willing to watch the international cricket stars play at home can purchase the tickets online.

According to details, the tickets of Wasim Akram and Waqar Younis enclosures will cost Rs6000, Javed Miandad, Abdul Qadir and Ramiz Raja enclosures Rs4000, Fazal Mahmood and Inzamam-ul-Haq enclosures Rs2500, whereas, price of general enclosure tickets will be Rs500. These prices have been estimated according to the reports.