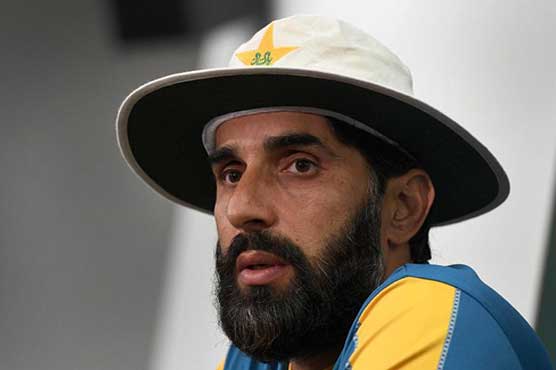 Sources told that the final decision would be made after consulting with the Test skipper.

LAHORE (Dunya News) – Unveiling the next move for Misbah-ul-Haq, Pakistan Cricket Board (PCB) on Saturday has decided to nominate him as International Cricket Council (ICC) referee after his retirement from cricket.

Sources told that the final decision would be made after consulting with the Test skipper.

It is pertinent to mention here that no Pakistani player has been elected as ICC referee till now after Waseem Raja.

On the other hand, Afghanistan Cricket Board (ACB) head Atif Mashal claimed that Younis Khan will coach Afghanistan batting, saying we want best players for our team. We are looking at his demands our possibilities.

Misbah and Younis had announced to retire after the end of ongoing series against West Indies. Younis Khan became the first Pakistani batsman to score 10,000 runs in Test Cricket while skipper Misbah also completed silver jubilee of victories as Test captain in the first test against West Indies.

Earlier, PCB Chairman Shahryar Khan said Misbah-ul-Haq and Younis would be offered top roles by the board after their retirements from Test cricket.

Former International Cricket Council (ICC) President Zaheer Abbas had also urged PCB to utilize the services of Misbah and Younis for the betterment of the game in the country. He said PCB should make the most out of Misbah and Younis after their retirement as they can educate young and upcoming players.